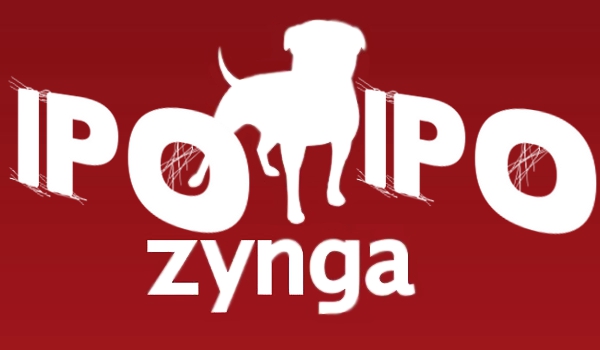 Zynga will make its debut in IPO, Friday pricing its shares at $10 per share, top of its expected range. The social gaming space has already sold 100 million shares giving the company a valuation of $7 billion. It will start trading tomorrow under the symbol ZNGA on the Nasdaq Stock Market.

Zynga has made a stand in virtual games like FarmVille, CityVille, mafia wars, and many more. The billion-dollar entry will be the second largest IPO offering since Google went public in 2004. The IPO has yet been topped only by online bargain service Groupon, which saw ups and downs in its stock prices after went public last month.

Zynga has emerged as an excellent example of Gaming 2.0 since 2007. It has become the largest social gaming company, attracting nearly 222 million people on Facebook each month. A tiny bit of the users, less than 2 percent, subscribe and pay to populate their farms and develop their cities to the next level in social games like FarmVille and CityVille.

But Zynga is generating real profits through its virtual goods. There are players who spend $3 million in Zynga’s economy every day. The company earned $30.7 million, double the sale, in the first nine months of the year, making revenue of $829million, and it has earned $121 million since the start of 2010. Zynga’s market value was estimated to be nearly $20 billion and the company is being paid a premium by new investors. At $7 billion, Zynga is set to start trading at seven times sales. By comparison,

What is more? The games listed on Facebooks’ top five are Zynga titles: CityVille, CastleVille, FarmVille, Zynga Poker and Words With Friends.

According to the research analyst at Renaissance Capital, Stephanie Chang, “It’s currently the leader in the social gaming space. It has 54 million daily active users, which is more than the next 14 game developers combined.”

Analysts are stunned at this new development. They believe this to be a revolution. Lou Kerner, an analyst at Liquidnet, a brokerage firm, who has followed Zynga for years said, “Social is revolutionizing the gaming industry, and it’s really the early days of a brand new medium.”

Michael Cai, a game industry analyst with Interpret, a market research firm in Los Angeles said, “The industry in general faces a number of challenges. Some of that has to do with Facebook, where most social games currently are played. There’s some evidence that Facebook’s audience growth is starting to slow down. Then there’s the challenge of converting free players into paying customers. But if any company can succeed in this space, it’s Zynga.”

There will definitely be more competition for Zynga. But, this seems to be a positive sign for the overall virtual gaming space because it might lead more people into the social gaming zone. Zynga’s plan to offer about 14 percent of its common stock is way too less than 10 percent for companies including that made their public debuts this year. These include Groupon Inc., LinkedIn Corp., and Pandora Media Inc.