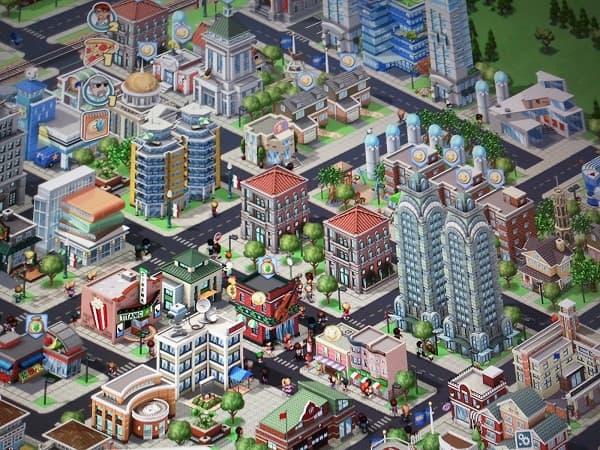 Screenshot of CityVille by Zynga

Zynga Inc., the social game developer of such hit games as “Farmville” and CityVille”, published its second-quarter earnings. The weak financial results as well as also weak expectations for the rest of the year caused Zynga’s stock prices dropped 41 percent, to $3.18 a share.

The drop is significant, especially if we take into consideration the fact that initial public offering in December, when Zynga debuted at $10 per share and then increased to $14.69 in March. Weak results of the well known social game developer on Wednesday were also blamed for taking down price of Facebook shares of an 8 percent drop after few hours. It is worth stating that 12 percent of Facebook’s revenue in 2011 was accounted by Zynga.  Zynga’s financial and stock results will have an impact on Facebook, which is to publish its first earning report as a public company on Thursday. However there are some of Zynga’s second-quarter results that can be a proof of doing “something right”. Accordingly, Zynga’s revenue was $332.5 million was up 19 percent. In addition, the number of Zynga’s players increased, each month there is a rise of 34 percent. Zynga still dominates on Facebook; seven out of ten top titles were created by Zynga.

However investors concentrate on not so much optimistic Zynga’s results. Accordingly, these days Zynga has 4.6 cents from each daily players, it is a significant drop of 10 percents, estimating sales of $1.15 billion to $1.225 billion for 2012.

The week financial results of Zynga are closely-tied to same changes made by Facebook. The modification of gaming platform discouraged some of Zynga’s regulars. John Schappert, chief operating officer of Zynga, stated: “These changes favored new games. Our users did not remain as engaged and did not come back as often.” With those changes top executives of Zynga try to explain the loss of $22.8 million or 3 cents a share in the second quarter.

Although Zynga’s games are free, the social game creator make money from only few users who are dedicated enough to buy extra products while playing the game. In the last year, the number of those users who were willing to pay fell 10 percent even if the overall number of players increased. Michael Gartenberg, a research director on research director on the Consumer Services and Applications team within the Gartner Technology and Service Provider Research group, remarked: “Zynga’s challenge has been to drive up efforts to keep their attention and broaden their user base — which they did — but now they need to get them to pay;” adding: “Increasing the number of players doesn’t mean you’re making money off them.”

The future of gambling

These days are not favorable to Zynga. To quote Michael Gartenberg: “At the end of the day, though, virtual goods might not be a viable business strategy. People eventually stop spending money in virtual goods and want to spend that money on real goods.”  Probably Zynga’s executives have dawned on them that they have to look for a new market and new products. That is the reason for deciding to jump into online gambling, which is a lucrative market. According to Mark Pincus, the Zynga Chief Executive, Zynga will start the online gambling business in the first half of 2013.

Anna Domanska
Anna Domanska is an Industry Leaders Magazine author possessing wide-range of knowledge for Business News. She is an avid reader and writer of Business and CEO Magazines and a rigorous follower of Business Leaders.
« Molson Coors slumps 53% as new unit disappoints
Gas assets of UK to be bought by Li Ka-shing of Hong Kong »
Leave a Comment
Close

Experts believe that although EV stocks initially benefited from the optimism prevalent in the market, supply chain issues and high prices have put a dampener on demand for electri
18 hours ago