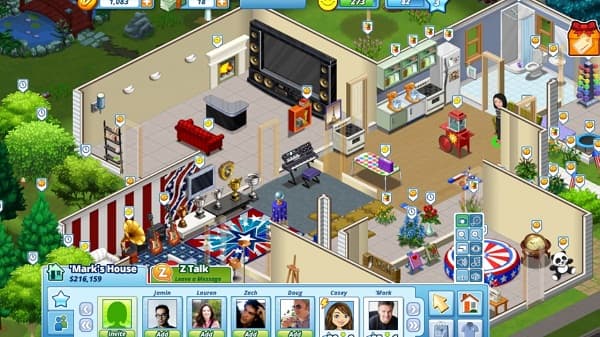 "The Ville" by Zynga Inc.

Zynga Inc. is cutting approximately 5 percent of its workforce and ending 13 games.  The social game developer is also to shut down few of its offices. The reduction plan of Zynga Inc. is expected to compensate for decreasing sales growth.

The decision on job cuts and closures of offices comes just a moment before Zynga Inc. is to announce its third-quarter earnings report.

In a note to the company’s employees Zynga Inc. has informed that an office in Boston was shuted down, the closures of studios located in Japan and the United Kingdom are highly possible as the management is analyzing that possibility. As for the company’s studio in Austin, Texas, the job cuts are to be implemented.

Apart from the job cuts and closures of offices, Zynga Inc. is said to “sunset” roughly 13 games titles, which have not been yet specified, and drastically cut investment in its latest game “The Ville”. According to the company’s note, these plans will be implemented alongside with a Zynga Inc.’s stringent budget and a new policy of resource allocation.

Marcus Pincus, chief executive officer at Zynga Inc., noted: “This is the most painful part of an overall cost reduction plan that also includes significant cuts in spending on data hosting, advertising and outside services, primarily contractors.”

But Zynga Inc. has already cut the forecast for full-year bookings due to lower demand for its gaming titles, including “The Ville.” Earlier in October the social game developer informed that it expected to report a net loss of loss of $90 million to $105 million for the third quarter of the year.

In addition, Zynga Inc. has noted a sharp decrease in users for some of its most popular social games. In the last month “The Ville” monthly active users fell to about 17.5 million from 26.2 million. Monthly users of Zynga Bingo dropped to roughly  5.4 million from 5.8 million in the last 30 days.

At the time of the announcement of the warning on the third-quarter results Zynga Inc. informed also that it had reduced its expectation for its games such as “The Ville”. What is more, the launch of new titles might be delayed.

Shares of Zynga Inc. dropped as much as 5.2 percent to $2.20 at the close on the 23rd of October in New York as news on the possible reduction plan had been circulating .