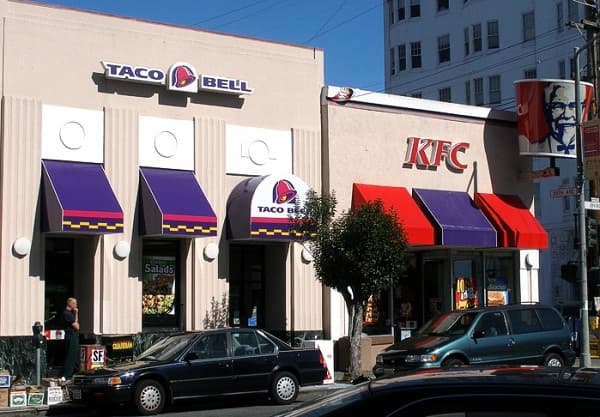 While bird flu is spreading wider and wider in China, it has also affected US-based  Yum Brands Inc.’s results as its same store sales in the world’s second economy slumped approximately 20 percent in the first quarter ended March 23. However, still the fast-food giant appears to have got off problems lightly as it underlined that the first quarter profit dropped less than initially expected.

According to the report issued by parent Yum Brands Inc., the company saw its net income for the first quarter slump approximately 26 percent to around $337 million on a year-on-year basis. Even though bird flu and food safety concerns weighed on the company’s performance, still the results recorded by the Kentucky-based fast-food giant exceeded analysts’ projections. Fast-food giant’s revenue dropped as much as 7.6 percent to around $2.54 billion in the three-month period ended March 23. It was significantly below analysts’ projections ranging from $2.56 billion to $2.65 billion

The fact is that Yum Brands Inc. was hurt severely by all concerns revolving around food safety in China as it recorded a 20 percent decrease in sales at established restaurants in the world’s second economy. To crown it all, profits in China decreased by as much as 40 percent to roughly $154 million.

While the first quarter was not a big success for KFC parent Yum Brands, the company saw its same store sales climb around 2 percent in the home market, topping analysts’ projections of a 1.9 percent increase. Undeniably, the Kentucky-based fast-food giant is focused on tempting its US customers with new menu, thus it is not surprising that the company witnessed growth of 6 percent in Taco Bell’s sales. As for operating profit, the company saw it surge around 5 percent to approximately $165 million.

The China’s market is the golden goose for many companies, including fast food giants. Also for Yum Brands Inc. the China’s market is very important as the company is convinced that its future potential and growth will undeniably depend on that market.  As of yet, the Kentucky-based giant is concentrated on the expansion in the world’s second economy which sees its middle class increase at rapid rate.

But even giants sometimes encounter obstacles on its road to even bigger greatness. And that what happened to Yum Brands Inc. The fast food giant has faced two big disasters in a short space of time!

The first disaster struck the company back in December as the Chinese authorities found inordinate amounts of dangerous antibiotics in chickens from two suppliers of the fast-food giant. And even though the Kentucky-based company was not found accountable by food safety authorities, the Yum Brand Inc.’s reputation and performance suffered from ructions. The second hit came also unexpectedly as  bird flu struck. The company is trying to keep a conniption down by repeating  that: “In the past, we (Yum Brands Inc. – edit.) reminded consumers that properly cooked chicken is perfectly safe to eat, and we continue to do so.”

The real impact of the bird flu hysteria will be seen in the second quarter results.