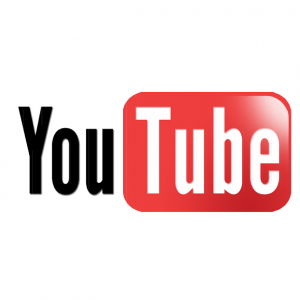 The reason for dropping support for older devices is due to Google’s decision to upgrade the YouTube Data API.

Video streaming giant YouTube announced this week that it is discontinuing support for its mobile app on a host of devices sold as recently as three years ago and earlier.

The reason for dropping support for older devices is due to Google’s decision to upgrade the YouTube Data API in preparation to include more features, thereby forcing people to update their software, wherever possible.

Those user’s who cannot update their software for older smartTVs and such, will have to simply purchase a new device, if they want to watch YouTube.

Google announced on its blog post on the YouTube blog, that it’s dropping the old Data API v2 in favour of the new Data API v3.

The discontinuation of Google’s Data API v2 will leave some YouTube apps unable to show anything more than a warning message. Affected by the switch off include devices that have been developed in 2012 and earlier, including second-generation Apple TVs, iPhones and iPads running on iOS 6 or earlier, Sony’s TVs & Blu-ray Discs, Panasonic’s TVs and set-top boxes as well as hardware running older versions of Google TV.

Google has created a support page showing how the various devices will be affected. Second-generation Apple TV owners are notified that they will no longer be able to watch YouTube on these devices. Those users who are still running iOS devices on iOS 6 or before are advised to either upgrade their OS or if possible watch YouTube video by logging on to the YouTube mobile site in the Safari browser.

Games console and older smart TV owners are told that they too can continue viewing YouTube through the device’s web browser, but only if that browser supports flash and/or HTML5.

Google’s own hardware is affected by the upgradation. People owning Google TV boxes are asked to upgrade to the latest variation of the YouTube app. However, those who are using version 2 of the Google TV software are notified that they will not be able to upgrade.

The YouTube switch off is an example of how soon devices such as smartphones and televisions can deviate towards annihilation, with the makers often failing to provide firmware updates after the first couple of years. Those who purchased their smart TV for the interactive features may now be compelled to purchase a separate set-top box to continue having those features that were previously built into the set.