YouTube crosses the Rubicon as it reaches 1 billion monthly users 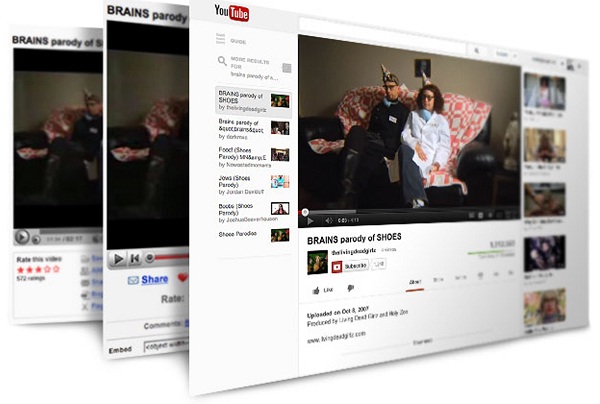 It was inevitable… After all, YouTube has announced that it crossed the Rubicon as it has 1 billion monthly users. The world’s most popular online video site hit the record amid increased viewing on mobile devices.

On the 20th of March, YouTube, the giant in the online video sector, informed that it had 1 billion monthly users. Certainly, the figure is vertiginous as it means that 1 in 7 people visit the site to watch videos downloaded on YouTube.

Indeed, YouTube crosses the Rubicon and the site team is fully aware of that. Therefore the achievement was announced at a spectacular and ostentatious event held in Santa Monica. The sensational show, almost theatrical one, was more aimed at luring new advertisers than at boasting about the numbers. Of course, YouTube’s biggest stars did not let down the audience as they performed at the event.

Reaching 1 billion monthly users is another breakthrough in history of YouTube which was launched back in 2005. At the time, no one predicted that this original and eccentric startup would become one of the most influential media all over the world. For some users YouTube is a source of entertainment with clips of funny and sweet puppies or music, but for some the world’s biggest video site is a source of breaking news.

No two ways about it but the YouTube team was right stating: “If YouTube were a country, we’d be the third largest in the world after China and India.”

Robert Kyncl, Vice President and Global Head of Content for Google/YouTube, underlined that the increasing popularity of watching videos on mobiles devices was the main driver of company’s growth and that it really benefited from the new trend. The findings showed that as much as one-fourth of YouTube’s video views came from mobile devices, so the efforts of the company to make its videos available on Apple, Samsung Electronics and other smartphones and tablets at last started bearing fruits.

By the same token, You Tube joined Facebook Inc. which announced that it had reached 1 billion users (sic!) in October 2012. Certainly, Google Inc., which is the YouTube’s owner, will want to benefit from reaching 1 billion monthly users. YouTube was purchased for slightly over $1.75 billion in 2006 when it had around 50 million users. It seems that YouTube might be even a bigger cash cow than initially estimated.

The golden goose of Google Inc. has progressively widened its choice of videos adding professional content, including TV shows and movies as well. All these steps are aimed at luring more advertisers. These days, the company is much engaged in grouping channels so that potential advertisers will be able to target specific groups of clients.

The question emerges: “Que quovadis, YouTube?” The world’s biggest video site reached 1 billion monthly users but it does not mean that it can rest on its laurels. Robert Kyncl has been firmly assuring that YouTube is strongly committed to investing in content and that the company’s biggest advantage is the fact that it is a quick learner.

But it is not all as YouTube has already confirmed that it is thinking about introducing subscriptions to content. Therefore YouTube is currently studying the payments standards as they are dependent on the kind of video.

But what will the future bring for YouTube? Time will tell…

Anna Domanska
Anna Domanska is an Industry Leaders Magazine author possessing wide-range of knowledge for Business News. She is an avid reader and writer of Business and CEO Magazines and a rigorous follower of Business Leaders.
« Cyprus eyes Russia as it seeks rescue
5 Most Expensive Divorces in the Business World »
Leave a Comment
Close