Yoshihide Suga was the cabinet secretary, which gives him an advantage with his grip over the bureaucracy and well may continue with the old policies for the time being

Japan got a new prime minister after Shinzo Abe resigned from the post due to health reasons. The new head of government is Yoshihide Suga, the ex-Chief Cabinet Secretary, and a Minister of Internal Affairs and Communications in the cabinet of Shinzō Abe until August 2007.

Suga now takes up the challenge of keeping coronavirus under control, handle the deepest recession that the country has faced since WWII, and decide on the fate of the Olympics.

Suga said he will continue his predecessor Shinzo Abe’s pro-growth “Abenomics” strategy aimed at pulling Japan out of deflation with heavy monetary and fiscal stimulus coupled with structural reforms.

His colleagues say he has a good grip over the bureaucracy and government workings. The pandemic has put the whole world in a recession and Suga’s administration too will have to work hard to restimulate the economy out of its deepest postwar recession. 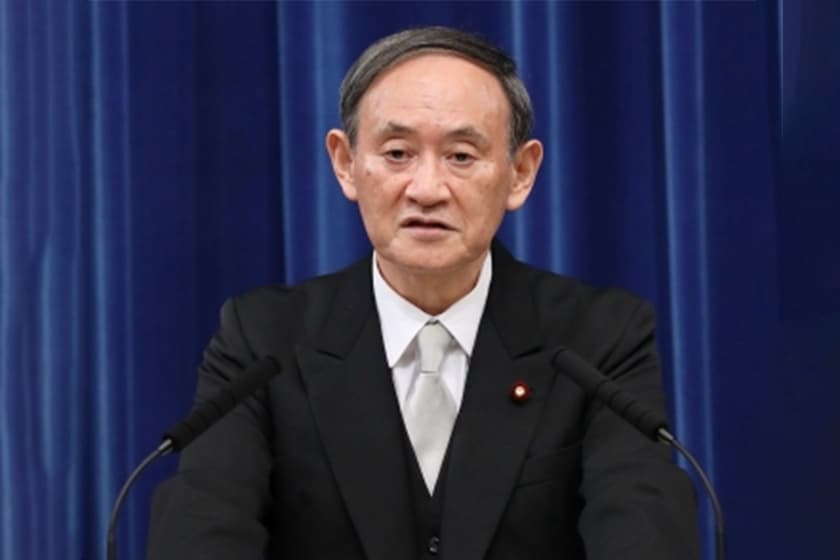 “He isn’t after visions. He’s someone who wants to accomplish small goals one by one,” said political analyst Atsuo Ito, a former ruling party staff. “He’ll initially focus on pragmatic goals that directly affect people’s livelihood.”

People believe that Suga will pursue economic reforms independent of any political agenda, unlike Abe who wanted constitutional reforms that would push Japan out of its isolationist and pacifist policies.

He will also be hampered by his tenure, which is just for one year, and after that he will have to seek election to his post for the three-year term. Experts believe that he might call for snap elections to forestall the Constitutional Democratic Party of Japan from building a solid opposition. Suga is from the conservative Liberal Democratic Party (LDP) that holds the majority in the lower house.

That means he might take recourse to some populist measures. He has indicated that the consumption tax could be raised in the future. Suga also wants to reduce mobile phone rates, restructure regional banks and encourage further digitization of the economy. He will raise the minimum wage and increase payouts to cushion the blow from the pandemic.

“At this moment, he has to focus on very short-term issues like how to stimulate economy,” said Heizo Takenaka, who served in the cabinet of reformist former premier Junichiro Koizumi.

“Introducing competition among mobile phone carriers could be a very symbolic policy for Suga because he loves competition,” said Takenaka, who retains close contact with Suga. “He hates people with vested interests.” He will continue Abe’s foreign policy measures and may even rely on him to handle some issues. Still, Suga’s role as Abe’s right-hand man for the last eight years means he has a strong understanding of how to manage the relationship with the U.S., says Yoshikazu kato, an adjunct associate professor at the University of Hong Kong’s Asia Global Institute.

Suga has also said that he wants to resolve some unfinished business on the diplomatic front, including normalizing ties with North Korea and signing a peace treaty with Russia to formally end hostilities that are a legacy of the World War II.

Suga shares Abe’s move to change Article 9 of the constitution to allow for expansionist armed forces and acquire the latest arms and ammunition to meet the escalating tensions in the Asian subcontinent and seas.

Apple, Inc. has hired a former Google AI scientist who resigned in protest against the firing of two employees from the Ethics division. Sammy Bengio, the ex-Google employee, will
2 days ago

Archegos is a family investment firm run by fund manager Bill Hwang, who borrowed billions of dollars from nine global banks to speculate on stocks. The implosion of the fund cause
3 days ago

Barclays PLC logged a stellar performance in its first quarter with net profit almost tripling on the back of a brighter economic outlook for both the UK and US. The stimulation pa
4 days ago