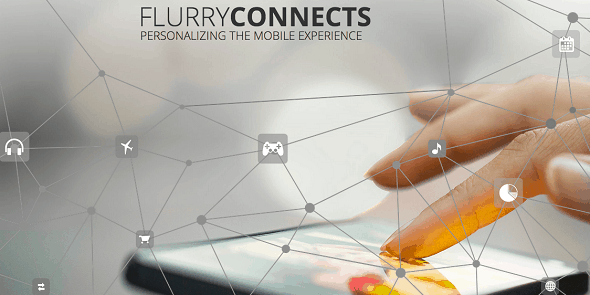 Flurry helps target ads at consumers by monitoring activity on more than 540,000 smartphone and tablet apps on over 1.4 billion devices

Yahoo is adding to its mobile lineup with the acquisition of Flurry, a mobile analytics company and an advertising startup, in its bid to beef up a fast-growing mobile advertising business that still trails behind Google and Facebook in scale.

Although the financial aspect of the deal has not been disclosed, online reports valued the deal to be between $200-300 million.

The San Francisco-based startup uses analytics to help target ads at consumers by monitoring activity on more than 540,000 smartphone and tablet apps on over 1.4 billion devices around the world, giving Yahoo more pathways for mobile promotions.

Flurry will continue to operate much as before while collaborating with some of Yahoo’s services, including advertising features. Its team will remain in their current locations after the acquisition closes.

Chief Executive Marissa Mayer who marks her second anniversary at Yahoo has revamped many of the internet company’s web products. Unfortunately the company has failed to adequately monetize its user base and its ad sales are still weak compared to competitors such as Google and Facebook, who continue to post sturdy revenue growth.

With Yahoo statistics showing 450m active monthly users and a growth of 100pc in mobile revenue, the company’s CEO Marissa Mayer shared about how she envisioned Yahoo! as a mobile first company. Now with Flurry Analytics software which has advertising deals with about 8,000 apps, Yahoo gains entry into that broader world, where Facebook, Google and Twitter are all competing for customers.

Flurry’s advertising expertise can play a central role in helping Yahoo develop its mobile ad business. The startup can not only help Yahoo put up much better ads on its apps, it can also enable the web giant to develop a platform where it can be approached by other mobile players to advance their business.

“Analytics are critical for all mobile developers to understand and optimise their applications. We are re-investing in developers and continuing to build great analytics products. Our combined scale will accelerate revenue growth for thousands of developers and publishers across the mobile ecosystem,” Scott Burke, Yahoo!’s senior vice-president of advertising technology wrote on the company’s blog.

With more than half of Yahoo!’s monthly visitors now coming from mobile sources, the web giant is now looking to take over a slice of the mobile ad market, which is expected to grow at 85% this year. While Google and Facebook control about 75% of the market, Yahoo’s market share is less than 1%. By 2017, Gartner forecasts that mobile ads will be a $42 billion industry. So this could prove to be an astute purchase for yahoo, which will help the company make up for its slow core business.