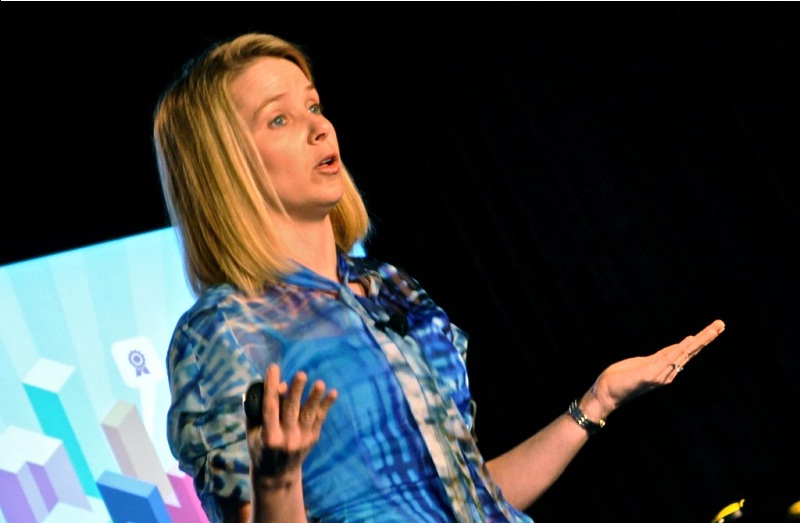 Yahoo for sale, and is maybe worth nothing. This may signal an end of the 20-year old tech giant which was once leading the Silicon Valley.

On Tuesday, Maynard Webb, Yahoo’s chairman said that “Our board believes that exploring additional strategic alternatives, along with the execution of the management plan, is in the interest of our shareholders. Our primary focus is to separate our Alibaba stake from our operating business. In addition to continuing work on the reverse spin, which we announced formerly, we will engage on qualified strategic proposals.”

“Strategic alternatives” in Maynard’s corporate-speech is code for “Yahoo for sale”.

On the other hand, Yahoo’s CEO Marissa Mayer said that “Yahoo was going to keep trying to turn itself around.” She also outlined cost cuts of $40 million, asset sales of $1 billion and other promises to do better.

Since last 4 years, Mayer is trying to sail the sinking ship of Yahoo by acquiring startups and other efforts to boost morale. But unfortunately, Yahoo’s revenue has kept on decreasing which has resulted in a lack of talented employees as most of them are quitting their jobs. When Mayer joined the tech-giant its Q4 earning was $1.4 billion while this year company met its expectations, which were quite low and had Q4 earnings around $1.27 in 2015.

So Maynard and Mayer are on opposite sides of each other. While Mayer wants to fix the tech-giant, Maynard and other board members want to keep Yahoo for sale.

Marissa Mayer has got rid of almost 32% of Yahoo’s workforce since she started her tenure, and is now eliminating an additional 15% of its employees. Yahoo has closed almost 5 offices worldwide and is about to slay two of its products – Smart TV and Yahoo Games. Such initiatives are to please investors who want to cut costs of the company.

According to investors, Yahoo is currently worth nothing as its core business is in the loss. Its most valuable parts are in stakes in Alibaba and Yahoo Japan. If calculated, Alibaba stocks are worth $32.6 billion and Yahoo Japan is worth $8.7 billion. Adding the cash and removing the debt, the amount that the company owns will be approximate $46.7 billion.

The company’s total value of its shares is only $33.8 billion, which is $13 billion less than company’s assets. So Yahoo is not even worth nothing, it is worth negative money. In broad strokes, it denotes that the company has to pay some other company to take it, but that is quite not possible.

Christy Gren
Christy Gren is an Industry Specialist Reporter at Industry Leaders Magazine she enjoys writing about Unicorns, Silicon Valley, Startups, Business Leaders and Innovators. Her articles provide an insight about the Power Players in the field of Technology, Auto, Manufacturing, and F&B.
« Meet the Most Valuable Company in the World
‘I BENT MY WOOKIEE’: Frinkiac, the Simpsons Visual Search Engine »
Leave a Comment
Close

After the deal is finalized, VMware shareholders will elect to receive either $142.50 in cash or 0.252 Broadcom stock for each VMware share. Under the deal, Broadcom will also take
15 hours ago

Sweeney adds, “The problem here is a classic monopoly tie. You start with hardware. Apple makes smartphones and they profit from their smartphones — and they deserve to. But th
19 hours ago

The New York Post reported that the Bolt layoff will see restructuring across US, Canada and Europe. They expect that roughly one-third of the entire workforce will be impacted by
19 hours ago