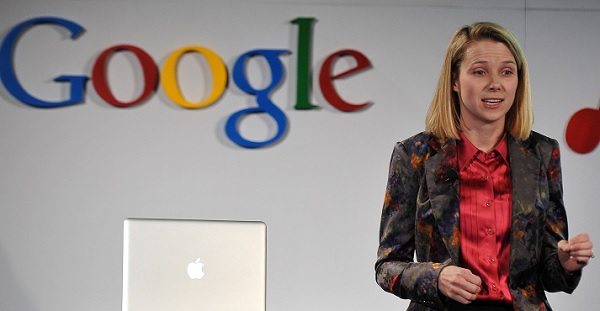 It is said that Yahoo finally managed to beat Google for the first time in visitor’s number. According to the latest numbers released on Monday by Internet analytics firm ComScore, Yahoo is the top US web property when it comes to the number of unique visitors in July, beating out long time rival Google.

The jump in viewership assumedly comes from Yahoo’s slew of company acquisitions over the last year and the press it has received in the process.

There has been a steady stream of acquisitions by Yahoo, the largest of which was Tumblr back in May. The new data released by Yahoo, without incorporating Tumblr’s figures, has revealed that the company has beaten Google to become the most visited website in the U.S. in July. However, Tumblr racked up about 38 million unique users, ranking at number 29.

The last time Yahoo ranked so high was in March 2008, which is forever-ago in Internet terms. Microsoft, Facebook and AOL complete the top five of the most visited US websites. As per the latest report, this is the first time Yahoo has come over the search giant Google since April 2011.

The numbers indicate Yahoo sites have beaten the rival company with a marked difference of 4.5 million by reportedly having 196.5 million unique U.S. visitors in July as compared to Google’s 192 million.

For collation, in June, Google led the chart with 193 million visitors, while Yahoo had 189 million.

The data also showed that Yahoo! sites were seen by 87% of the 225 million American internet users in July, the report added.

Meantime, Google continues to dominate in search engine with 67% of that market captured in June.

Marissa Mayer, a former Google executive, who was appointed the president and CEO of Yahoo! in July last year has been working hard to reshape Yahoo as the top online web portal, and the victory is a strong vindication of CEO Marissa Mayer’s turnaround at Yahoo.

In Yahoo’s second quarter earnings call in July, Mayer disclosed that Yahoo had managed to push back against a slide in traffic that took place throughout 2012. In June of this year, the Yahoo’s traffic climbed back up to the same level it had been at a year ago, meaning the firm had offset last year’s downward trend and is now poised for year-over-year growth.

The popular web traffice source – SimilarWeb analysed web traffic for July and quoted Google to have had 21.4 billion visits for the month globally. Whereas Yahoo! had 6.8 billion global visits which included 700 million for Tumblr and 100 million for Flickr.

Apparently in the United States, Google had 9.4 billion visits, which is even more than what Yahoo! had worldwide. Clearly, SimilarWeb’s figures included Tumblr, comScore’s and did not hence Yahoo!’s US visits totaled to about 2.4 billion.