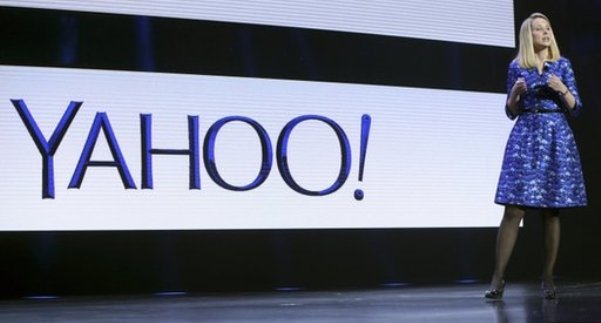 CEO Marissa Mayer took the stage at the Consumer Electronics Show (CES) in Las Vegas and announced the new app.

It appears that Yahoo has finally decided how it will engage Summly, the mobile news-focused  app developed by the British teenager Nick D’Aloisio and later acquired by the tech firm for $30 million in 2013. The news summary platform is conceived to become Yahoo News Digest, a free app which will offer two daily news updates, each showing nine summaries of stories posted by across publishers in the web.

The mobile news-focused  app will present each article illustrated with “atoms”, which are media content windows that expand upon the story and can include extra data such as images, videos, infographics, tweets, and even snippests from Wikipedia. The teenager developer D’Alsoisio and Yahoo CEO Marissa Mayer took the stage at the Consumer Electronics Show (CES) in Las Vegas and announced the new app, describing its future stories as algorithmically produced, but editorially curated. They considered the news summary platform as a perfect blend of technology and journalism. In addition, Yahoo News Digest aims to encourage reading by monitoring how many stories users receive each day and scoring their progress.

Alongside the news summary platform, Mayer also disclosed two new digital magazines: Yahoo Food and Yaho Tech. Both sites will be powered by Tumblr’s blogging platform and will feed their content from Yahoo News. Mayer underscored that the project’s direction pointed at adding content from other sources and that the firm has recruited several big firms form the United States’ media to create original content and enhance Yahoo’s profile online.

Yahoo Tech is being directed by David Pogue, a former columnist for The New York Times, at the same time that former CBS News host Katie Couric will be joining the firm as a ‘global anchor’. The latter jumped on-stage and praised Yahoo for its pursuit of authentic journalism. She affirmed that accuracy has been the casualty of immediacy and that reporting has being replaced by linking. Moreover, Pogue has stressed that Yahoo Tech’s will focus on clarity and will be a jargon-free site. “The first language we are going to speak is called English; it’s called human,” he said.

The two magazines along with Yahoo News Digest will be supported by Yahoo’s extended focus on ‘stream ads’, which are messages from different companies that come into view in content streams alongside user’s posts. Since Twitter and Facebook have already achieved clear success by using this model, Yahoo has decided to join the club with Tumblr’s Sponsored Posts. However, the firm’s ad revenues have somehow slipped over 2013. Analysts will be certain about Yahoo’s performance throughout last year when the fourth-quarter earnings report is presented later this month.