Xiaomi to Open Its Official Online Store in US and Europe 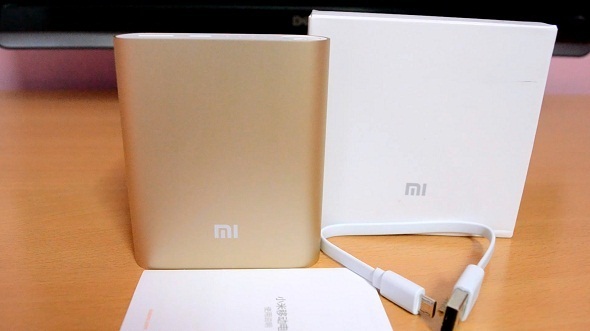 Xiaomi’s one of the most popular accessories – Mi power bank battery pack, comes in two sizes-10500mAh, and 5000mAh.

Xiaomi, a Chinese, privately owned consumer electronic company, is set to launch its official online store – Mi.com -in the US and in the United Kingdom, Germany, and France. The company will focus on selling its highly popular hardware accessories like Mi Headphones, Mi Power bank battery charger, and Mi band device-cum-fitness tracker; rather, selling smartphones in its online stores.

Xiaomi promises that in case, if customers are unsatisfied with company’s accessories, then it will offer a return policy to those unsatisfied customers, as long as they return products bought within a specific period of time.

All the products will be priced only in dollars and currency transactions will be made at checkout time, where the payment option initially will be through PayPal. The products will be shipped directly from China within seven days of promised delivery.

Xiaomi’s Mi Band- a wearable fitness tracker offers basic fitness tracking facilities like, counting steps, measuring distance, and sleep tracking. The new wearable promises 30-days battery life, and is priced at $14.99 that is a fraction of the cost of similar devices from Jawbone and Fitbit.

Company’s final product Mi Headphones, which will go on sale in the US and Europe will be offered at $80, which the company portrays as audiophile-grade with a high-quality listening experience typically available from high-end headphones costing a bit expense.

On 19 May, the company held a beta test of the Mi store in the UK and US with a limited amount of stocks, and will sell it in a matter of minutes.

Xiaomi has quickly gained a huge prominence as the largest smartphone seller in China’s market. The company is thankful to its combination of premium packs, such as low prices, hardware, software, and the ability to reserve a lot more loyal Xiaomi lovers.

Hugo Barra, Xiaomi global vice president, stated that the company considers as its significant move, and takes a pride in providing high-quality products to its customers at incredible prices. The company is also excited to bring out its best-selection of accessories to Xiaomi– smartphone lovers in U.S. and U.K. He added that company believes that its customers will have a great experience by using its products and it will look forth to bring more Xiaomi accessories over the time in the US and UK online stores.

The company announced that the products will be available to purchase in the online stores of US from June 1, before launching at midday on June 2 in the UK, France, and Germany.

Christy Gren
Christy Gren is an Industry Specialist Reporter at Industry Leaders Magazine she enjoys writing about Unicorns, Silicon Valley, Startups, Business Leaders and Innovators. Her articles provide an insight about the Power Players in the field of Technology, Auto, Manufacturing, and F&B.
« Classmate, FTD agree to pay $11 MN for the settlement of deceptive ads and billing practices
After Tesla, Ford is opening up its electric vehicle patents for free to competitors »
Leave a Comment
Close

Addressing the crowds at a promotional event for bitcoin, in the town of Mizata, Bukele assured his citizens that the Bitcoin city will have everything. “Residential areas, comme
14 hours ago

A 2015 study found that highly intelligent people are better at coming up with curse words as they have a greater vocabulary and are not afraid to use it. Timothy Jay, professor em
15 hours ago