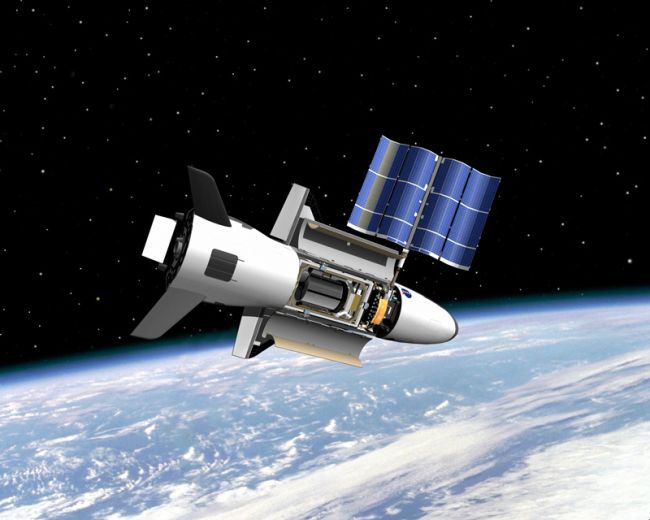 The US Air Force’s X-37B, a reusable unmanned spacecraft will be undertaking its sixth flight on May 16 from the Cape Canaveral Air Force Station, Florida. Built by Boeing, the craft has completed five missions with a total of 2,865 days in orbit. The X-37B’s upcoming mission is known as both Orbital Test Vehicle-6 (OTV-6) and US Space Force-7 (USSF-7). It will carry out various missions to test the effects of cosmic radiations on plant seeds and some other materials. Another experiment, designed by the Naval Research Laboratory, will be studying the use of solar power to generate radiofrequency microwave energy, and transmitting that energy to Earth. Air Force Secretary Barbara M. Barrett said in a press statement, “This important mission will host more experiments than any prior X-37B flight, including two NASA experiments.” She added, “The Space Force dedicates this flight to the nation’s first responders and frontline professionals who keep America strong.” The Naval Research Laboratory’s head says that this system will be useful in studying long-endurance unmanned aerial vehicles (UAVs). In addition, it could allow satellites to provide reliable power anywhere on the planet or even to spacecraft or other satellites in orbit. NRL has been experimenting earlier with power beaming capabilities and in a demonstration transmitted a completely silent, invisible beam of 2-kilowatt laser power over 300 meters through the air. The harnessing of solar power in space will help in transmitting power to spacecraft stationed there without having to haul massive generators and batteries to space or using low generating solar energy fuel. Also, the microwave energy generated could be harnessed through some sources like antennas for use on earth. Dr. Paul Jaffe, an electronics engineer leading the NRL’s research into power beaming, says that the technology will be useful in long-endurance unmanned aircraft. “If you have an electric drone that can fly more than an hour, you’re doing pretty well,” Jaffe said. “If we had a way to keep those drones and UAVs flying indefinitely, that would have really far-reaching implications. With power beaming, we have a path toward being able to do that.” The various defense research organizations are concentrating on experimenting with the multiple uses of “long-range optical ‘refueling’ of electric platforms such as micro unmanned aerial vehicles (MUAV)”. With this latest mission, the force is planning to explore the possibility of power generation and transmission in space, offering a continuous, renewable source of energy via the sun. The US has been experimenting with using laser power to source aircraft and other gadgets since the 80s. The Space Force has requested for $15.4 billion in the fiscal 2021 budget request. That will fund next-generation overhead persistent infrared satellites, launches of two GPS satellites and three additional national security launches, according to Space Force Gen. John W. Raymond.

General Raymond said it is a critical and exciting time for space. “There are advances being made in all sectors of the space domain, whether it’s national security space, commercial space; whether it’s civil space with the moon-to-Mars program. I would also include international space.” Space has become a potential area for strategic dominance, General Raymond said. It is imperative to find some dominance and strategic advantage as many countries are vying to stay ahead of the game there. “We’ve seen Russia maneuver a satellite with characteristics of a weapon system in proximity to a US satellite,” he said. Russia has tested a direct ascent anti-satellite weapon. Iran also recently launched an operational satellite. America, on the other hand, has been designing communication systems that can be used both by the defense forces and in civilian life. Barrett said most were designed when space was a benign domain like the Global Positioning System, instantaneous communications, and such. But these systems are vulnerable to malign actors. “It is important for us to deter aggressive action against American assets,” Secretary Barrett said. “But if deterrence fails, we need to be prepared to defend and, if necessary, shoot back.” To combat the increasing aggressive experimentation by other countries, the Space Force has increased its strength. Along with two heads of the force, 86 graduates of the US Air Force Academy have been added to the force. The service has not had a problem attracting recruits. Barrett said there has been “an avalanche” of applicants. The Space Force already works closely with the Air National Guard and the Air Force Reserve and service members in other branches of the military may be accepted into the Space Force as well.

Anna Domanska
Anna Domanska is an Industry Leaders Magazine author possessing wide-range of knowledge for Business News. She is an avid reader and writer of Business and CEO Magazines and a rigorous follower of Business Leaders.
« Samsung to Launch Debit Card This Summer
CARES Act Eases Interest Costs Up To 50% Of Adjusted Taxable Income »
Leave a Comment
Close

GameStop is undergoing a complete revival under new CEO.
9 hours ago