Would you trust Toyota car enough to drive you by itself? 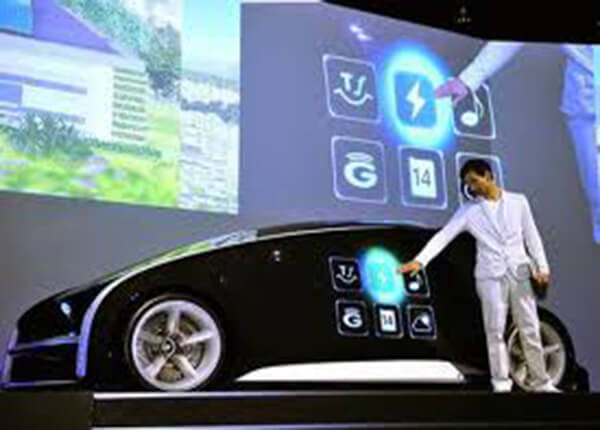 Next generation  cars from Toyota are reviled, but it seems like they still have a problem to deal with the old ones…. Tokyo, Toyota comes out with news on their next generation cars. Among them is a car with an auto pilot system they say. Same day, Los Angeles, Toyota was devoid of guilt for a death of Noriko Uno whose 2006 Toyota Camry suddenly accelerating caused lost of control and crashing. Pride and prejudice Next generation cars, which Toyota unveiled will apparently be able to do many things without drivers controlling them, swerve to avoid collisions for example or even keep the car to the middle of the road. Just like you are the captain and Toyota car is your first officer.  From their explanation you are being driven by a car without even touching the wheel, so it will be more like car driving you, then you driving it. On the other side of Pacific, a Los Angeles County jury has awarded $10 million to the family of Noriko Uno. Alleging, that Olga Belo, woman who crashed into speeding Toyota, was the one to blame. Toyota was absolved in this way of any responsibility. Jury stated that Belo hitting Uno’s Toyota, caused Uno’s foot to become trapped on the accelerator pedal, what lead the car to take off at high speed, what ended with lethal injuries. End of this trail actually doesn’t mean Toyota has resolved all doubts in their cars. Toyota has to face first federal case next month in Santa Ana, against Ida Starr St. John, whose Camry accelerated and crashed into a school. At the same time Jean Bookout is waiting for them in Oklahoma state court, with the same accusation of sudden accelerating problem.  According to numerous outside experts, sudden accelerating events could be caused by an electronic defect in Toyota vehicles, on the other hand conclusively prove still hasn’t been found. Back to Tokyo, Moritaka Yoshida, a Toyota official in charge of safety and technology explained that the technology is only designed to aid driving, not completely take it over. This followed by the explanation that drivers will still need to closely monitor their environment. “These advanced driving support technologies prevent human errors, reduce driving stress and help drivers avert accidents, which has a big potential to reduce the number of traffic deaths,” he added s at a presentation. Is Toyota truly prepared to actualize this plan?  Can we all be sure that Toyota cars never had defect? Would you trust Toyota enough to put your whole family in the car and let it drive almost without you?  You could be proud to have a lifestyle that can provide you with a car like that. Or would you go on the prejudice side, where Toyota still has a huge stain from the past? Industry Leaders Magazine doesn’t take any side here, accusing Toyota cars to have a defect or not,  just waits for the development of events, with which you will be updated.