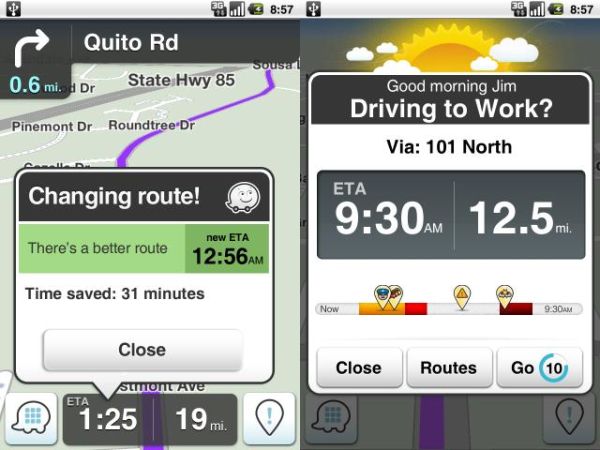 Trade analysts, analysing the entire saga of Waze App acquisition, have this to stay: Google as a strong player in the search-engine segment, by acquiring Waze navigation tool to further beef its own navigation tool, Google Maps may unwittingly violate a provision of Clayton Act. According to experts, Clayton Act in the context of mergers strongly outlines that, “the effect of such mergers … may be substantially to lessen competition, or to tend to create a monopoly.” Antitrust cannot at all times prevent monopolization believe many laws effective both in the US and the European Union.

In fact, analysts believe that Google Inc. would monopolize the online navigation segment due Google acquisition of Waze App was largely founded on Waze App CEO’s comments at the recently held AllThingsD conference: “We feel that we’re the only reasonable competition to [Google] in this market of creating maps that are really geared for mobile, for real-time, for consumers — for the new world that we’re moving into.”

Google Maps is big on Desktops, Waze App on mobiles

Though, there is huge community that is quick to object considering that Google Maps is largely confined to desktop based search, while Waze App was built for the mobile platform.

However, internet and company law pundits point out that Google already holds 92% of the online ad segment and has made substantial forays into mobile advertising real estate as well through it various tiny ads.

Examples of monopoly from public carrier networks like AT&Tand T-Mobile merger too can be considered when evaluating Google acquisition of Waze App. Legal analysts argue that the merger may draw the attention of The Department of Justice as Google Inc’s online advertising is one of the largest in the industry as is the case with online mapping as well.

Additionally, analysts believe that the user-based navigation data that drives the Waze App is suspect. Primary cause of worry is, if the user community were to subside or if there was a fall in the number of data instances coming-in, say in reference to accidents or traffic-jams, the app would typically fail to deliver on the promised services. The entire functionality of the App would be suspect, believe analysts. Essentially, Waze App support free baseline navigation and this has helped the app community grow over the past half-decade to 45 million users. The immense number of users have helped the App gain value and a fair-commodity for acquisition by established companies. Waze App’s Noam Bian has said that initial talks with FaceBook had failed before his company seriously studied integrating with Google Inc.

If Google acquisition of Waze App is successful then there is a possibility that it could raise the alarm among anti-trust lobbyists again!