The Intel XMM 6255 3G modem chip is slightly larger than a penny and will act as a network for billions of smart devices including wearables, sensors and industrial equipment.

Intel Corp. has revealed the world’s smallest and lowest-powered standalone wireless modem which has the ability to connect to everyday things. In simple words, it can connect to Internet of Things, for example, a smart garden equipped with a gardening sensor and water valve that you can turn on with a mobile app.

The Intel XMM 6255 3G modem chip is slightly larger than a penny and will act as a network for billions of smart devices including wearables, sensors and industrial equipment.

Similar 3G modems are being sold in the commercial market since 2001, when NTT DoCoMo, unveiled its first 3G wireless data network in Japan. During those days, the modems could barely blend in the less roomy cellphones available then. But with technological advancements, modems have turned tinier and are now capable of carrying large number of transistors on the chip. 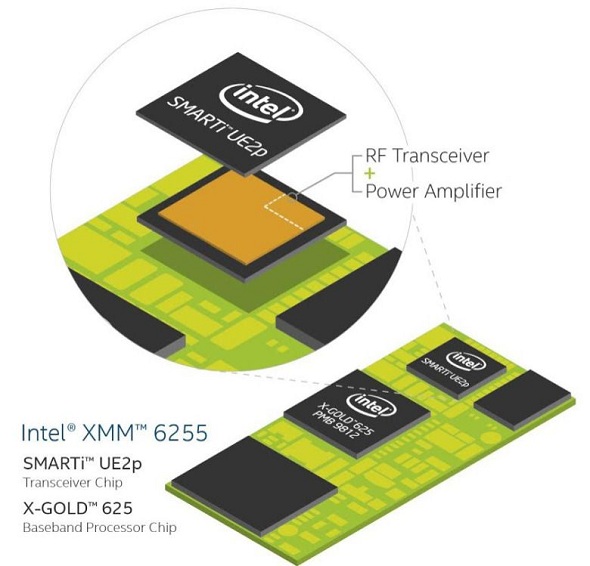 XMM 6255 modem can also work in places where there is low signal strength such as a basement or parking garage.

According to Raymond James & Associates, it is estimated that by 2020, Internet of Thing are expected to surpass between 26 billion to 50 billion in number. The estimates put forward by IoT European Research Center reveal that currently there are 80 things that can be connected to the internet for the first time in every second, astonishingly; the number will go up to 250 per second by 2020. More the devices, more the number of modems needed.

Intel presumes that industrial equipments, home appliances, and security and safety devices will need to be equipped with 3G modems. What role will the 3G modem play in bringing IoT to momentum? 3G modem is needed to act as a necessary medium to combine communications and computing together. Such modems will connect the devices to the computing cloud where data will be accumulated and computed into a much more useful clutter.

XMM 6255 chip board is equipped with a modem and other features on its minuscule 300 millimeters squared frame. It also includes a SMARTi UE2p transceiver component, which runs on light electrical power.

A single XMM 6255 chip board has transmit and receive functionality, power management as well as integrated power amplifier. Due to the tiny frame of the chip and its components, it runs on very less electrical power and doesn’t heat up easily. Such feasibly functionality will come in handy, when Internet of Things sensors are deployed. A smart garden for example, with such sensors will be able to detect ambient conditions favorable for growth of certain plans. The sensors will be able to send data over 3G modems to a computer, which will then produce a report to the owner for when the water needs to be sprinkled in the garden at certain places where the choice of plant is planted.

XMM 6255 modem can also work in places where there is low signal strength such as a basement or parking garage.

Christy Gren
Christy Gren is an Industry Specialist Reporter at Industry Leaders Magazine she enjoys writing about Unicorns, Silicon Valley, Startups, Business Leaders and Innovators. Her articles provide an insight about the Power Players in the field of Technology, Auto, Manufacturing, and F&B.
« DMV Orders Google to Add Steering Wheel and Pedals for its Driverless Cars
NSA Built Own ‘Google-Like’ Search Engine To Share Communication Records With Government Agencies »
Leave a Comment
Close