World’s Most Private Holiday Destination of the Month 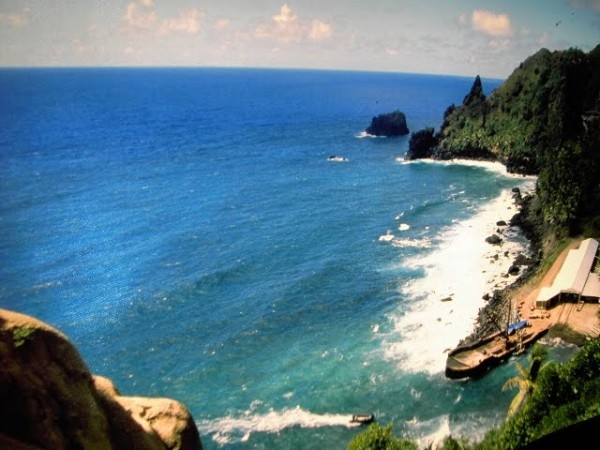 We often get jumbled up when it comes to choosing the right holiday destination. And we usually feel skeptical when we hear names that have never been heard before. Are you in search of a peaceful and private place to spend your holiday? Just leave all your confusions behind; for this is one of the world’s most beautiful and most private places; a place you might never have heard of. But it’s worth a try.

It is a big trouble to searching for the most private place on the planet is. The lose group of handful of tiny islands is what forms the Pitcairn Island. Pitcairn Island is considered as one of the world’s most private holiday destinations in the world. An island with a population density of just fifty seems unlikely in today’s world. Does it really exist? It does. As you sail towards Pitcairn Island, you approach one of the world’s most uninhabited islands that lie in the center New Zealand and the Americas. And what separates Pitcairn Island from them is the stretch of four thousand eight hundred kilometers of open ocean; a few coral reefs lie to the north; and the southern seas are empty to the ice caps of Antarctica.

Amused by the sketch? Here are a few fundamental facts about Pitcairn Island. The narrow-mindedness of its bureaucracy and the lack of its resources, combine together to, make Pitcairn Island one of the world’s most difficult and expensive places to visit.

There is no airstrip in Pitcairn Island and it is out of range of land launched helicopters, so flying is not an option. The only way you can reach this private holiday destination is via commercial cruise ships or private ocean-traversing yachts.  The best option to get to this most private holiday destination is to fly to Papeete in Tahiti and then fly by Air Tahiti to Mangareva which occurs just once every week. From the small island of Mangareva, a ferry is all you need to sail down to Pitcairn Island.

Visitors staying on the island for any length of time require a license from the governor. This is because of the irregularity of transport which makes them effective residents of the island for the next several weeks or even months. This makes Pitcairn Island one of the world’s most expensive holiday destinations in the world.

Get Around, See and Do

In spite of the isolation that has cast a deep shadow over Pitcairn Island, there are places you must not miss.  The remains of the Bounty, the Bounty’s anchor, the Adventist church and the new museum in Adamstown, are among the few places that capture tourist attractions. You can explore the coral reefs, the underwater world as well as the shipwrecks in the waters of Pitcairn Island.

Discover Pitcairn Island fascinating culture and history, exciting tours and a range of activities with a touch of lush and fertile climate.