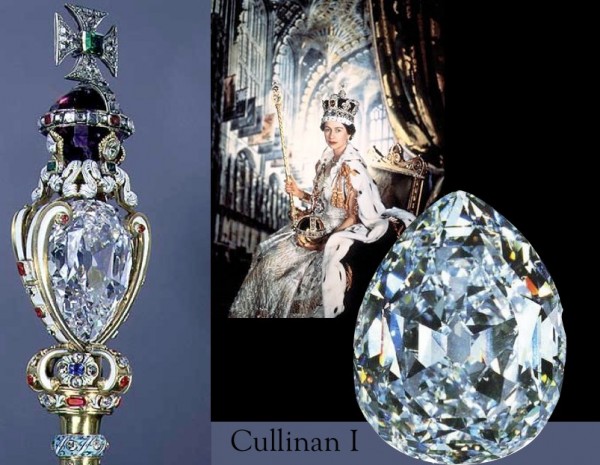 Frederick Wells discovered a shining thing on the walls of the Premier mine, whilst he was on a routine inspection of the Mine in the Transvaal Colony, South Africa. Frederick Wells worked at the Premier Mine as a superintendent. He was eighteen feet below the surface of the earth, and the shiny object was on the steep wall of the mine a few feet above him. It was 26th of January 1905, when Frederick noticed the light and climbed up the side of the mineshaft and removed what appeared to be a diamond crystal of such a size that he initially suspected that it was piece of glass.

The Premier Mine in the Transvaal Colony, South Africa is the heartbeat of the global diamond industry, the birthplace of some of the most flawless, glamorous stones in history, including our namesake, the famous Cullinan Diamond. The gems unearthed at the Cullinan mine have inspired myths and romances; they’ve been possessed by royalty, starlets and adventurers.

The Cullinan mine is the richest source of rare blue diamonds in the world, and home to the Cullinan Star Cut (TM) – the world’s most expensive diamond with a star at its heart. From deep beneath the ground, to the fine art of cutting and polishing, it has emerged as a legend for producing great diamonds.

The mighty Cullinan Diamond weighed 3106 carats and was of exceptional purity, D in color, flawless in cut form and a rare type Ha. The Cullinan Diamond is the world’s most expensive and largest rough gem-quality diamond ever found. It is still to this day three times larger than any other gem diamond discovered, the next largest being the “Excelsior” diamond at 995 carats discovered at Jagersfontein in 1893. The best of the diamonds indeed come from South Africa.

The Prime Minister of Transvaal, Louis Botha, suggested that the diamond be presented as a gift to King Edward VII. Due to lingering rancor after the Boer War, the gift did not sit well with Parliament, which only voted 42 to 19 in favor of its acceptance. After much debate and at Winston Churchill’s urging, the king accepted The Cullinan. In gratitude, Churchill was presented with a replica of the diamond.

But, to present the world’s most expensive Cullinan Diamond to King Edward, it had to be transported to another country. In order that the diamond be transported safely from South Africa to Britain, a team of British detectives travelled on the steamer that would carry the stone. But the ‘diamond’ on the ship was actually a fake. The real diamond was sent to London by parcel post in a plain package.

How the world’s most expensive, The Cullinan was to be cut was of primary importance because the stone’s greatest value was in the number of stones that could be produced. King Edward gave Asscher Brothers of Amsterdam, the contract to cut and finish the rough diamond. Placing the cleaving blade at the prearranged point, he gave it a blow with his hammer. Snap… and the blade broke. Joseph Asscher’s first attempt to cleave the crystal failed. The stone was unharmed; it had not even moved. Another blade was quickly procured and Asscher struck the stone again. This time it split perfectly, just as he had hoped. He succeeded on his second attempt cutting the diamond into two pieces as planned. Amidst cheers, shouts and pats on the back for a job well done, Asscher fainted.

So now there were two stones, weighing 1,977.50 and 1,040 carats, respectively. The largest polished gem from the raw Cullinan stone is named the Cullinan I, or the Great Star of Africa. It was a pear shaped diamond weighing 530.4 carats. It remained the largest polished diamond in the world, until the discovery of the Golden Jubilee Diamond, also from the Premier Mine, which weighed 545.67 carats.

In all Asscher cut nine major stones, 96 brilliants and 9.50 carats of unpolished pieces from the world’s most expensive, The Cullinan Diamond. The largest of these became part of the British Crown Jewels: Cullinan I (530.2 carats), or the Great Star of Africa, is mounted on the Sceptre with the Cross; Cullinan II (317.4 carats), known as the Lesser Star of Africa, is part of the Imperial State Crown; Cullinan III (94.40 carats) is in the finial of Queen Mary’s Crown.

Most meat in 2040 will not come from animals, says report. However, the recent decline in sales of plant-based meat fell by 1.8 percent compared to the year before, taking declines
21 hours ago