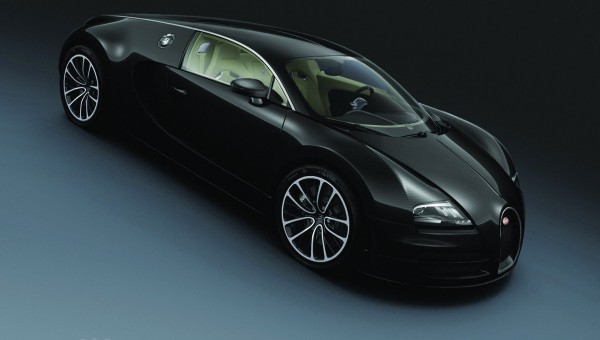 Though it is hard to imagine that someone could actually spend 8 million dollars on a car instead of using it for something more productive, but if you had the money and opportunity, you would perhaps spend a small fraction of it on a collection of the world’s most expensive cars for your private garage. Here’s a list of the cool and world’s most expensive cars starting from around a one million mark.

Bugatti Veyron Supersport is the world’s fastest car, so it is quite obvious that it would also be the world’s most expensive car! The Bugatti Veyron has been loaded with a grand 8 liter, 7993cc, 16 cylinder engine that generates awesome power of 1001 hp at 6000 rpm and produces incredible torque of 1250 Nm at 2200-5500 rpm with the help of superlative automatic 7 speed DSG gearbox. Its tremendous power, Acceleration and stylish look can blow your mind away.

The 2012 Bugatti Veyron is also rumored that 2012 Bugatti plans to release an even more. Well, seems like Bugatti may be developing a high-end successor, and canning plans for a more-affordable model Veyron in 2012. The 2012 Bugatti Veyron power unit is four times the size of the engine in your regular family saloon and, boosted by four turbochargers, 10 times as powerful. And the price is 50 times that of the average car. Wow! That’s what is called the world’s most expensive car.

The special edition will be completely painted in black visible carbon carbon, and then combined with an interior that mixes “Snow Beige” and ‘Beluga Black.’

The black carbon paint is combined with polished and anodized aluminum insertions, a new set of alloy wheels, EB logos on the wheel caps, and a fuel filler cap and rear lid. The interior of the Bugatti special edition will get “Snow Beige” leather for the seats, and that color will transfer over to the floors mats and the stitching on the steering wheel as well. The doors and center console are all dressed up in carbon fiber. Totally awesome and beautiful, Bugatti Veyron Supersport comes 1st on this list!

I suppose everyone knows Ferrari, everyone loves Ferrari and obviously, everyone wants a Ferrari! Don’t you? Ferrari 599XX is 2nd on the list of world’s most expensive car. And what makes it fall second on the list? It’s the ‘Power’ which is a 700-hp version of the factory V12 engine. Now what’s great about it is that it is without any turbo or superchargers and you can accelerate to 60 mph in 2.9 seconds. It was built for in limited numbers for some chosen extra privileged Ferrari owners, who can drive it at exclusive track events. The price of this amazing car has not yet been announced by Ferrari, but it is rumored to exceed $2 million.

35 kg lighter simultaneously floor and new Pirelli tires, especially the beast benefits of a new active rear wing (in the manner of the DRS of the current Formula 1 cars), the angle of the different parts fit in real time an optimal compromise of a lap between down-force and speed. Depending on steering angle, longitudinal and lateral acceleration and vehicle speed two flaps vary their angle and so the output. Also new are the revised front splitter and rear diffuser modified. Depending on the flap position is the overall down-force at 200 km / h so 330-440 kilograms. And if you are an existing owner that shells out $250,000 to upgrade your car, you’ll get another two years of factory-organized track gatherings. Wow, isn’t that awesome.

If you’ve been watching the three-year development cycle of the Danish Zenvo ST1 supercar and saving your pennies to buy one, there’s good news for you: your wait is nearly over. The Danish supercar rolled out three special edition ST1 models for the North American market, called the ’ST1 50S’. The ST1 50S comes in three different colors – Intense Red, Crystal White, and Mediterranean Blue – with a power-train that has been improved from the standard ST1 model. Underneath that fiendishly gorgeous body there’s a 7.0-liter Corvette V8 that’s been upgraded to a twin-charged, 1,104-horsepower monster and 1,050 lb/ft of torque, that’ll get you to 60 miles per hour in less than three seconds. And they’re only making 15 of them per year.

And what makes it one the world’s most expensive car is $1.8 million. Yes, that how much you would need to buy one of the three Zenvo ST-1 50S models that U.S. distributor Emporio Motor Group will sell. The car is 100% built in Denmark, from its impressive list of mechanical specifications to its striking pose the Zenvo ST1 is the result of clever danish design.

If you’re on the fence about spending the money for a Zenvo ST-1 50S, here’s an added incentive: each car comes with a Swiss watch, commemorating the Zenvo and worth $49,000 on its own. The still-available Bugatti Veyron Grand Sport costs more money, and doesn’t even come with a free watch.

New Koenigsegg Agera R, the car is like a scary monster using a V8 engine with twin-turbo 5000 cc capacity of the hidden body capable of making this car spewing power up to 1100 bhp with peak torque of 885 lb-ft reach.

Koenigsegg Agera R Design body was made in such a way that this car aerodynamics becomes increasingly high. Koenigsegg Agera R foot rim seconded Vortex Generating Rim (VGR) with high performance tires are then made Koenigsegg Agera R look became more and more sporty. One of the essential features of the car that mark it out from others is the lighting roof box system, which has enabled the car to gain a place in the world’s most expensive car list. With this system, driving at 300 Km/h is safe and this is why it is regarded as the fastest roof across the globe. With the monocoque carbon construction, the car combines light weight and rigidity. The top speed of this car is about 250 km/h. It comes with 5.0 L twin-turbo V8 engine producing a torque of 885 lb-ft on E85 fuel and horsepower of 1, 115hp.

Well, Koenigsegg the Swedish automaker has broken the Guinness book of record with the introduction of this which is able to maintain 0-300-0 km/h in 21.19 sec. Koenigsegg fabricate this car adding only those features that are needed for safety, function, ergonomics, regulation and aerodynamics.

The 2012 Aston Martin One-77 is a symbol of the crown of glory that is owned by Aston Martin as an example to what British manufacturers were capable of making them the fastest car ever created. The One-77 is supported by custom Cosworth V12 engine with 7.3 liter capacity that mated with an automanual 6-speed and rear wheel-drive.

The 2012 One-77 has a magical beauty and has tremendous visual appeal. The car is a sports car and looks like one too. It is a two-door car. The side moldings and curves make this Aston Martin car more beautiful and heart throbbing. And the bold lines on the bonnet, door openers and the side view mirrors; everything is very gracefully made and adjusted.

The engine embedded in 2012 Aston Martin One-77 has Alloy quad overhead camshaft having 48 valves. It is available with rear wheel drive and there is Front mid-mounted engine. It has 7.3liter engine having 12 cylinders which makes it a V12. It is available with six speed automated manual gearbox. It has great acceleration and reaches 62mph speed in just 3.7seconds.