Sam Bompas and Henry Par, owners of the London-based company, collaborated with the Aerogelex Laboratory in Hamburg, Germany, to create the marvel, described as “a tase of the sky”.

They used the same technique used to invent the softest solid material in the world, aerogel, to create their lightweight meringue dessert.

Aerogel was created by Samuel Kistler, an American scientist in 1931 as a result of a bet with a fellow scientist Charles Learned. They bet over who could replace the water in gels with air, without it all collapsing. He ingeniously removed liquid from the gel and replaced it with gas to turn the material lighter and softer.

Kistler developed a family of materials that was made up of 95 to 99.8 percent of air while retaining the internal structure of the gel. The low density of this sponge-like material gives it a unique low weight property. Aerogels are excellent insulators and are used in cladding and in capturing cosmic dust. 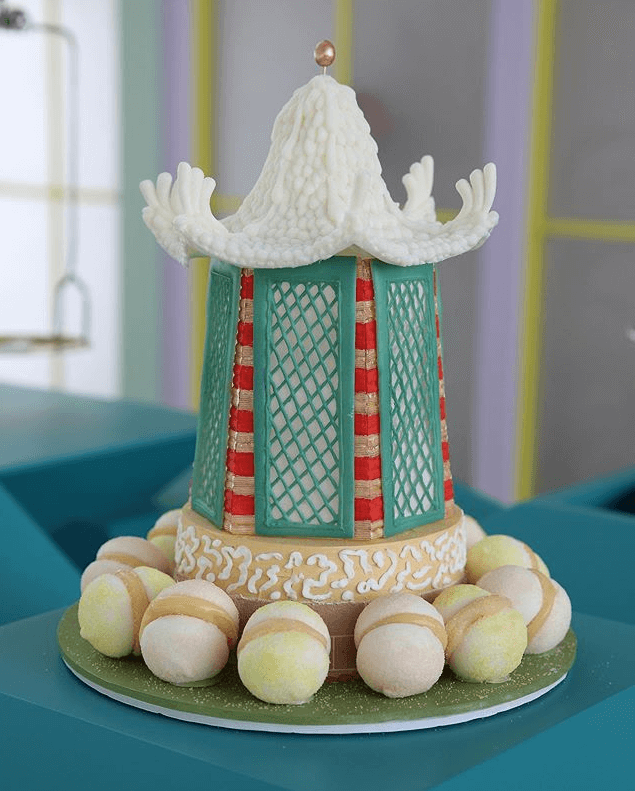 To make the lightest dessert in the world, they experimented with the globular proteins, called albuminoids, found in egg whites. To create the meringue they used a hydrogel of egg white in a mould and dipped it in a mixture of calcium chloride and water.

The jelly thus created was replaced with liquid carbon dioxide. A method known as supercritical drying was used to transform the liquid carbon into gas. The gas was then removed from inside by venting, leaving behind the sponge-like structure of the gel, which weighed just 1 gram.

The meringue was unveiled at the King Abdulaziz Centre for World Culture (Ithra) in Dahrain, Saudi Arabia, in October.

Bompas & Par are popular for their experimentation with food architecture. Their unique experiments include a vegan hotel suite, a whiskey tasting experience that used a church organ with sound and lighting effects denoting different flavours, and a non-melting ice lolly.

As far as the 1 gram meringue is concerned, it might be as light as an air bubble, but it might be a tad difficult to taste all that air.

Anna Domanska
Anna Domanska is an Industry Leaders Magazine author possessing wide-range of knowledge for Business News. She is an avid reader and writer of Business and CEO Magazines and a rigorous follower of Business Leaders.
« American Farmers and Ranchers Welcome USMCA
Will 2020 Porsche Taycan catch up to Tesla Model S? »
Leave a Comment
Close