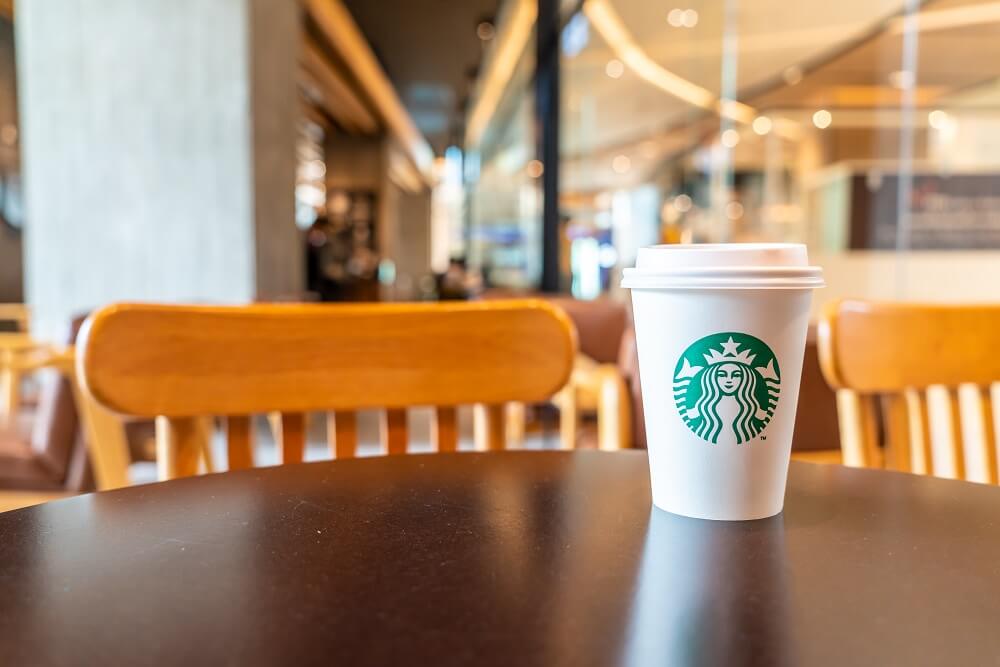 Starbucks hot beverage coffee with holder on the table in Starbuck coffee shop.

Starbucks coffee is a ubiquitous part of an early morning rush for thousands of people all over the world. The wide choice of lattes in carefully designed stores has become almost a routine for many commuters. So why this excitement over a new Starbucks opening in Chicago? After all, there are 31,000 Starbucks spread across 81 countries, so what is it about the 31,001?

Starbucks will open its largest Roastery in the windy city on Friday, the sixth and final chapter of its Reserve Roasteries located in New York, Tokyo, Shanghai, Milan, and Seattle.

It is a five-story, approximately 35,000-square-foot building on the corner of North Michigan Avenue and Erie Street in Chicago. The building earlier housed the Crate & Barrel store. The Roastery houses three coffee bars and a cocktail bar. There is a selection of mouth-watering eats from the famous Chicago Princi bakery on offer too. The Roastery will employ nearly 200 people.

The space is almost theatrical in presentation with a four-story, bronze-clad cask full of beans at its center. It is well lighted with a panoramic view of the city.  All the beans are roasted on-site and fed through a convoluted mechanism of tubes to the various bars. There is a wrap-around escalator along the giant casket.

The store has the capacity to roast 200,000 pounds of beans per year. The first floor houses the coffee bar, the second floor is for Pinci baked goods, the third floor gives you the experiential coffee bar where you can experiment with nitrogen-fueled gelatos to siphon coffee.

The fourth floor offers alcohol barrel-aged cold coffee. It is a unique concept for the brand and may well be rolled out in other locations later.

Visitors are kept updated on the place of origins of the coffee beans being ground and can ride up the escalator to get a 360-degree view of the whole process. There is also a rooftop terrace that may be later utilized for an outdoor cafe or something similar.

The designers of the store have kept the unique character of the building and added new elements that blend with it. The original building was designed by Chicago architects Solomon Cordwell Buenz.  Jill Enomoto, vice president of Roastery Design & Concept for Starbucks, said the designers played off the building’s natural light and structure. They have retained the skylit of the original structure

The Chicago Reserve Roastery is energy efficient and has been certified by LEED,  the Leadership in Environmental & Energy Design organization. All Starbucks locations in Illinois are run on wind power, including the present location.

”This builds on our ongoing efforts to address our environmental impact and ensure that we offer our customers coffee in the most sustainable way,” Starbucks said in a statement.

The Roastery is also hosting several local artists on the premises. It features a giant mural depicting coffee agriculture by the Mexican-born Chicago artist Eulojo Ortega. Extending its social responsibility within the community, the Seattle-based company has promised a $10 million investment to boost the local economy.

Chicago has a long history with the Starbucks chain. The first Starbucks outside the Pacific Northwest was opened in Chicago in 1987 and it built its first airport location outlet at the O’Hare Airport.

The Chicago Roastery Reserve’s design and theatrical presentation have made it into a fine flagship store for the coffee behemoth, hopefully, its patrons do full justice to its innovative offerings too.

Anna Domanska
Anna Domanska is an Industry Leaders Magazine author possessing wide-range of knowledge for Business News. She is an avid reader and writer of Business and CEO Magazines and a rigorous follower of Business Leaders.
« Helpful Advice for Aspiring Entrepreneurs to Manage Multiple Projects At Once
Kanye West unveils Yeezy shoes made of algae foam »
Leave a Comment
Close