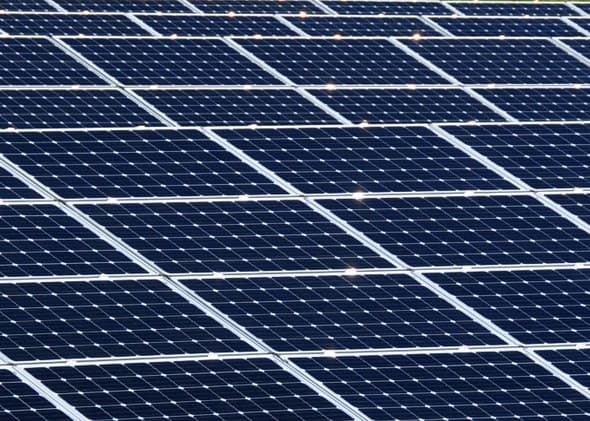 Riverside County is now home to the world’s largest solar power plant, as California moves to expand its use of green power to meet the state’s renewable energy requirements.

The diligence of the Desert Sunlight Solar Farm comes after a month Gov. Jerry Brown insisted the state to intensify renewable electricity use to 50 percent by 2030, up from the present goal of 33 percent by 2020.

“Solar projects like Desert Sunlight are helping create American jobs, develop domestic renewable energy and cut carbon pollution,” Interior Secretary Sally Jewell said in a statement. “I applaud the project proponents for their vision and entrepreneurial spirit to build this solar project, and commend Gov. Brown for implementing policies that take action on climate change and help move our nation toward a renewable energy future.”

The Desert Sunlight Solar Farm uses photovoltaic panels and is located on approximately 4,000 acres of federal land, it is owned by NextEra Energy Resources, GE Energy Financial Services and Sumitomo Corporation of America. The project is delivering crucial environmental benefits, including displacing approximately 300,000 metric tons of carbon dioxide per annum, equal to eliminating more than 60,000 cars from the road.

Desert Sunlight received a federal loan of nearly $1.5 billion. In a report on Monday, the Energy Department said that the agency offered $4.6 billion in loan guarantees to support five large photovoltaic solar projects in the Southwest, at a time when developers were finding it difficult to obtain financing. The loan program has since ended.

The constant development of solar power in desert areas is testing the balance between the pursuit of green energy and environment conservation.

The Ivanpah Solar Electric Generating System in the Mojave Desert, which began operations last year, has been condemned by environmentalists after several dead birds were found on the site, some with melted feathers. That plant uses solar-thermal technology, in which computer-controlled mirrors reflect sunlight to boilers atop 459-foot towers. The probable causes of bird deaths include burning and crashing with mirrors.

The Bureau of Land Management worked with Desert Sunlight and other groups to minimize the project’s size from a proposed 19,000 acres, according to the agency. The Desert Sunlight was required to provide funds for more than 7,500 acres of habitat for desert tortoises and other sensitive species to help offset the effect on the environment.