Flow Battery is a rechargeable battery, wherein two electrolyte chemical constitutions are dissolved in liquids; and enclosed in separate tanks. These solutions come in contact, when pumped in a common area, which creates an electric charge. The flow battery industry is an emerging one, with recent projects developed in Hawaii and Southern California. 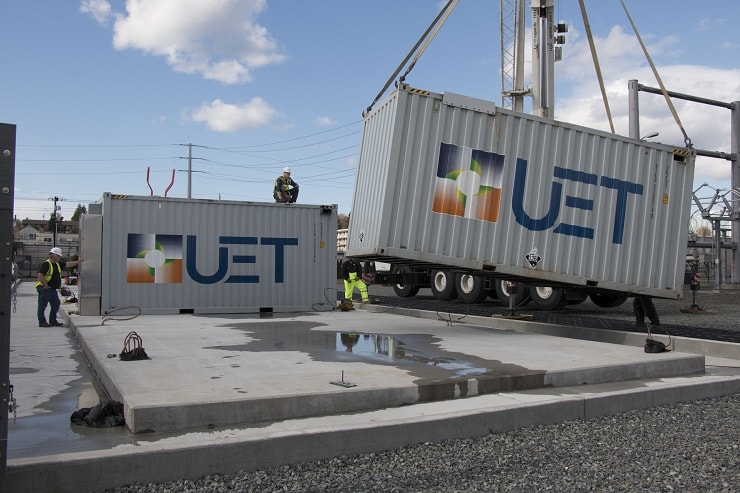 Ars Technica reports that, UniEnergy Technologies (UET) has installed a new flow battery. UniEnergy Technologies installed this 2 megawatt/8 megawatt-hour (MWH) flow battery at a Snohomish Public Utility District (PUD) sub-station, in Washington. UET’s installation of advanced vanadium flow battery is said to be the world’s largest containerized storage system; according to capacity. According to a news release by Pacific Northwest National Laboratory (PNNL); the electrolyte chemistry which is used in the vanadium redox (short version for reduction-oxidation) flow battery is developed at the Department of Energy’s PNNL.

Reportedly, UniEnergy Technologies has devoted many years to develop the technology; followed by operating a demo project during 2015, which lasted for a time period of one and a half year. Also, the Snohomish Public Utility District (PUD) plans to test out its other modest sized battery for a predictable future; according to Ars Technica.

As far as the flow battery market is concerned; if things go well, the integration of more number of flow batteries on the grids in the U.S., and in other places around the world is possible.

Christy Gren
Christy Gren is an Industry Specialist Reporter at Industry Leaders Magazine she enjoys writing about Unicorns, Silicon Valley, Startups, Business Leaders and Innovators. Her articles provide an insight about the Power Players in the field of Technology, Auto, Manufacturing, and F&B.
« Humor at Work: The road less traveled by which leads to Success
The Twentysomething Brothers Behind a $9 billion Silicon Valley Player »
Leave a Comment
Close