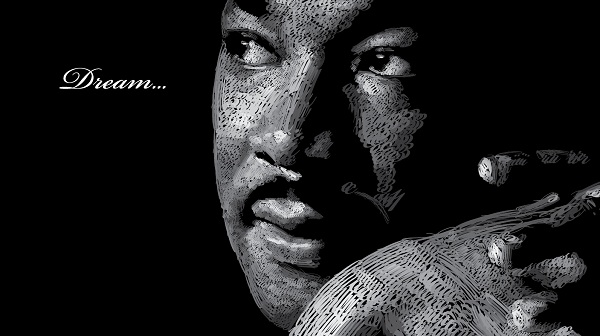 There’s something about the quality of a great leader that makes him or her stand out no matter the situation or the crowd. History’s greatest leaders have all had that quality, though they may not have all started out as leaders of many or even very few people. US president Dwight D. Eisenhower, for example, started out World War II as an obscure colonel who was recognized for his ability to think outside the box, though that that wasn’t what such thinking was called back then, but for little else. However, great leaders always seem to rise to the occasion when most needed, and Eisenhower certainly did that during the war. Never having held a single elective office in his entire life, once he’d retired from the military as a five-star General of the Army (one of only a very few in the history of the country) Eisenhower became the Republican nominee for president after Harry Truman’s second term, going on to easily win office. “The Eisenhower Years,” as his two-term presidency is often called, are now looked back upon as a serene time in US history and a period of strong growth.

Leaders Really Are All Around Us

Today, great leaders are all around us and inspiring us with many words and deeds. These leaders fall into a couple of different categories; the traditional types found in politics and business and nontraditional leaders seen throughout society and heading up various organizations or groups dedicated to the betterment of humankind. Traditional leaders, as always, seem to garner the lion’s share of the publicity but that may be because we’ve always thought of leaders in areas like business, politics and associated activities as being the men and women we look to first whenever a great crisis or other matter of importance arises. Certainly, these men and women have always seemed to have been ability to rise to the occasion and it’s no different in this new millennium than it was back in Eisenhower’s day or in Abraham Lincoln‘s or George Washington’s day. The point is, whether the crisis creates the leader or the leader is there and just waiting for the crisis it matters little. What matters is that these leaders seize the moment, inspire us all to greater things and continue to do so consistently and with a purpose.

The Greatest Leaders Inspire Us Greatly

One of the greatest US leaders of the 1960s, and who headed up no government or any political movement, was Martin Luther King Jr. His genius lay in the fact that he was able to harness the inchoate anger of African-Americans of the day, who faced brutal prejudice and institutional segregation in many parts of the American South and even in other areas of the country, and turned that anger to one of the greatest social movements of the 60s; the fight for civil rights and justice for all. That Martin Luther King Jr. did all this in a calm, steady voice that held no anger towards those against whom he was protesting — to the point where he even strongly stood for nonviolence against all — was historic and almost awe-inspiring. His “Letter from a Birmingham Jail,” which he penned while being locked up in a Birmingham, Alabama jail for protesting against Jim Crow laws in that southern city, stands today as one of the greatest single letters to a people, in advocating for peaceful resistance and social change, in US history.

In other parts of the world, the great Indian leader Mohandas K. Gandhi, who worked tirelessly to replace British rule in India (known as the Raj), eventually succeeded in seeing the British turn over control of its former Crown colony, unfortunately only living long enough to see the culmination of his dreams before falling at an assassin’s hands in January 1948. Gandhi was a relentless campaigner for the rights of fellow Indians living under British rule, though he was just as tireless in advocating for peaceful, nonviolent resistance to the British, often enduring savage beatings at British hands before becoming a recognized leader of the entire Indian effort to free itself from British colonial administration. Gandhi, an extremely wise man, inspired by words and deeds the efforts of his people, and today we would call that “leading by example.”

Great leaders all seem to instinctively know that in order to be a great leader great effort must issue forth, including setting the example and the pace for the people whom they lead. Martin Luther King Jr. and Mahatma Gandhi (though his given name was Mohandas, Gandhi was most popularly known by the Hindu name “Mahatma”) knew that if a movement were to succeed the leaders of that movement had to demonstrate supreme commitment to the ideals of the movements that they were in fact heading up.

Leaders who have inspired us in both the 20th and 21st centuries include people like Bill Gates, founder of Microsoft, the late Pope John Paul II and Oprah Winfrey. Microsoft today is probably one of the most well-known companies in the world and one or another of its products probably sit on 95% of all computers in use nowadays. John Paul II, in his great struggle in the 1980s and 90s against communism, especially after he was nearly killed in 1981 by an assassin’s bullet, stands as one of the most important religious leaders of the last hundred years. Even in his final days, as he lay on his deathbed, he demonstrated a respect for the dignity of life that was peerless, entering into the veiled world that lay beyond with grace and in full public view. Even millions, or perhaps even billions, of the world’s non-Catholics mourned his passing because he was a religious and a social justice icon, standing up for the rights of the oppressed in Eastern Europe, Latin America and Asia.

Since she got her television start in the 1980s, Oprah Winfrey has inspired more people in more ways than almost any other celebrity on TV in the last quarter century. Her talk shows have given more guests a chance at worldwide fame than any other television outlet ever has. If she even mentions the title of a book on one of her network shows, for example, the book becomes an instant New York Times bestseller. But Winfrey is more than just a superstar celebrity herself, because her tireless efforts and support on behalf of the poor and oppressed in Africa and in America have helped to inspire more people to pitch in and do what they can then most any other celebrity does through their own words or deeds. Again, Winfrey demonstrates why it’s necessary for great leaders to lead from the front, so to speak.

It Doesn’t Matter Whether They’re Made or Born

There’s always going to be a debate about whether the circumstances make the leader or the leader is made well before then, or perhaps even born well before then, and is the “right person at the right time.” Whether leaders are born or made, it’s fortunate for us that all of them seem to have an almost preternatural ability to know what to say and do to inspire those around them, even if it’s only for that brief, shining moment required of leaders in certain instances before they fade into the background yet again. What we know for certain, though, is that all of us are better for having them in our midst when they’re needed most.