A train is one of the most widely used means of transportation for long distances for humans, animals, as well as goods. With all kinds of pollution on the rise, a French company has come up with a way to solve all these problems with one common solution. The Coradia iLint train by Alstom is the world’s first zero-emissions hydrogen train. Along with zero emission of harmful chemicals into the atmosphere, it also produces no sound. Also, the land per-usage of trains is 3.5 times lower than that used by cars which considerably curb the problem of land occupancy as well. The energy consumption of trains is less than two percent as it transports a huge number of people in a single trip. Apparently, this makes railway a preferable mode of transportation.

Apart from being convenient, trains are now eco-friendly. The Coradia iLint just took its maiden voyage on the railway lines of Germany. It successfully completed its first run on 14th March 2017 which was declared on the company’s official blog. Running at 80 km/h, it has become the world’s only fuel passenger train which will go out on its commercial trip in early 2018. The test was at the company’s own track at Salzgitter, Lower Saxony in Germany. To be sure about its safety and durability, an extensive test campaign will in the Czech Republic and Germany in the coming months. 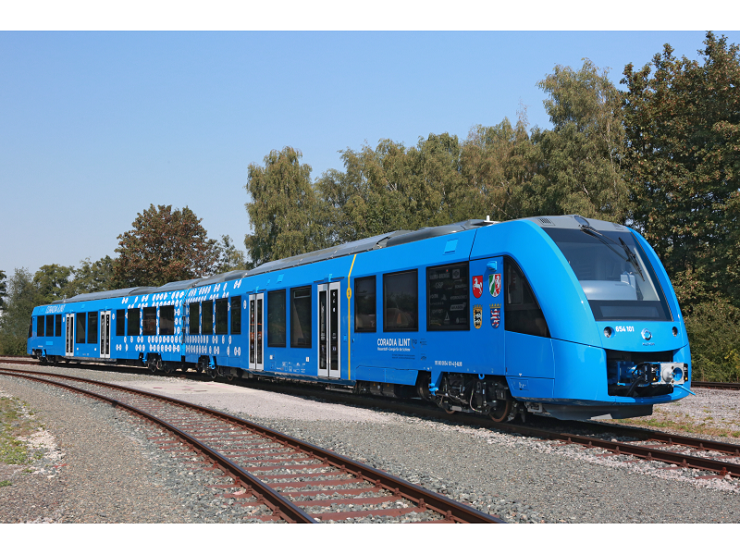 Currently, the four-week test aims at attaining confirmation about the stability of the energy supply system. This is on the basis of a coordinated interaction between the battery of the vehicle, the fuel cell, and the drive. Along with this, experts are testing the banking power for checking the interface between the electric brake and the pneumatic.

How does the zero-emissions hydrogen train run

The zero-emissions hydrogen train is also the first low-floor passenger train powered by a hydrogen fuel cell. This cell produces electrical power for the traction. The train runs silently on the tracks and only emits steam with condensed water. The hydrogen used as fuel for the test run was the byproduct of an industrial process. In future, Alstom will use hydrogen supply produced through wind energy. This is a sustainable solution for the production of hydrogen. Such a train will prove to be an alternative to 4,000 trains already running in Germany. 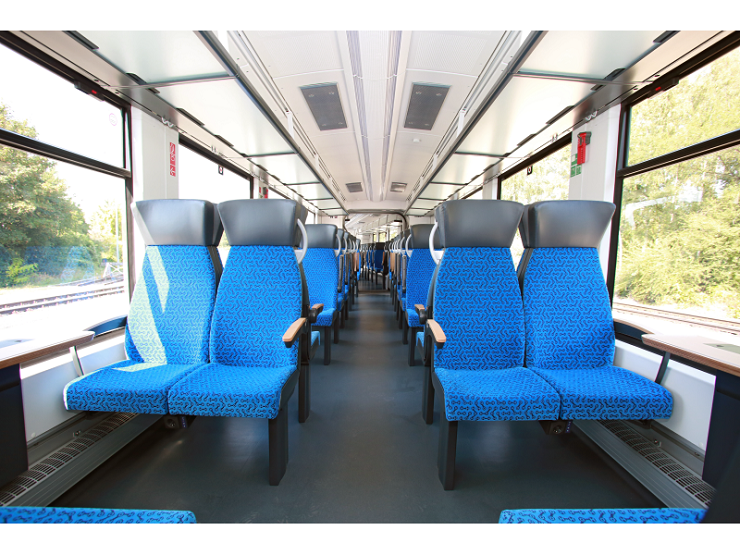 It is the first train with a hydrogen fuel cell which can conduct mass transit.

The Coradia iLint is capable of traveling up to 805 kilometers per day. This zero-emissions hydrogen train was first presented at the InnoTrans trade show held in Berlin in August last year. It receives power from large lithium ion batteries. These batteries get their source energy from a hydrogen storage tank which is on the roof of the train. The hydrogen train has other impressive features such as flexible energy storage in batteries, clean energy conversion, and smart management of the traction power. The Vice President of Alstom, Didier Pfleger said that the test is a notable milestone. This is in terms of technical innovation and environmental protection. The company is also the first railway manufacturer to offer a sustainable solution for mass transit trains.

Starlink, the satellite internet unit of Elon Musk’s SpaceX, will most likely be able to provide global coverage by September, according to the company’s president Gwynne S
17 hours ago

Krispy Kreme, the popular donut chain, aims raise roughly $4 billion as it makes one of the biggest IPO debuts at the NYSE.
18 hours ago