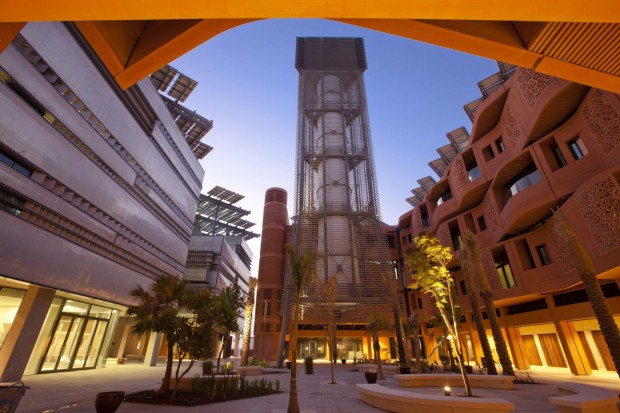 Widespread belief is that sustainable development and U.A.E usually don’t figure together in the same context.

However, the upcoming Masdar City in Abu Dhabi, promising “the highest quality living and working environment with the lowest possible ecological footprint”, safely puts to rest this pre-conceived notion regarding the lack of large-scale green initiatives in this part of the world.

The Market@Masdar City, a street fair held on April 29th, worked as a launch of this colossal effort of constructing the world’s first eco-urbanity, allowed locals and visitors to explore this new zero-carbon city in all its glory.

With an elaborate set-up of organic and eco-foods, products and services, the fair, Market@Masdar City, offered a glimpse of a full-scale sustainable community by allowing the beautiful eco-architecture of the city to be explored. 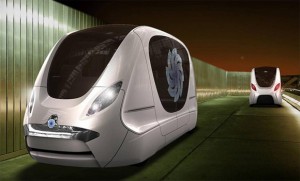 Describing riding the futuristic, driverless Personal Rapid Transit (PRT) vehicles as one of the most exciting highlights of the launch, the official website of Masdar City says “At the touch of a button, the electric-powered PRT carries visitors between the parking lot and the fair location at the Masdar Institute of Science and Technology campus, located in the heart of Masdar City”.

The design of Masdar City, a seamless blend of contemporary design with traditional Arabian architecture, makes use of a number of green building materials, as well as innovations in passive design. Consequently, the narrow streets, shaded sidewalks and colonnades, which constitute a strong architectural language for the city, offer an outdoor environment which is as much as 20 degrees cooler.

Masdar City is designed to provide the highest quality of life with the lowest environmental impact, in part to demonstrate that environmentally responsible living does not imply hardship.

A wholly owned subsidiary of the Abu Dhabi Government-owned Mubadala Development Company, Masdar has been developed with the vision of establishing Abu Dhabi as a global centre of excellence in renewable energy and clean technologies.

While being committed to building one of the most sustainable cities in the world, Masdar City also recognizes the need to achieve this objective in a commercially viable manner. In congruence with this holistic approach, Masdar City presents itself as “a high-density, pedestrian-friendly development where current and future renewable energy and clean technologies are showcased, marketed, researched, developed, tested and implemented.”

Designed to be inhabited by around 50,000 people, this futuristic development by Foster and Partners‘, is centred on capitalizing the fact that the most amount of energy saving results from some of the most obvious features of the city, i.e, the form and orientation of the buildings themselves.

This is further enhanced with building performance optimization systems, such as energy-smart building envelopes and smart building management,

Masdar City acts as a test site for implementation and application of renewable energy technologies. The use of different types of thin-film and crystalline solar panels to identify which works and performs best in the harsh Abu Dhabi sun, is a prime example.

The new eco-mecca takes immense pride in reporting that no unsustainable materials such as bitumen or polystyrene were used for the concrete foundations while laying out the city, instead using recycled materials and a form of low carbon concrete that uses a large amount of ground granulated blast-furnace slag (GGBS), a waste product of iron making.

Boasting a Material Recycling Centre (MRC) for separation and processing of materials, Masdar City and its contractors are diverting up to 96% of construction waste from landfill and using it in the build of the city.

The Personal Rapid Transit vehicles, which have already attracted a lot of global attention, were designed by legendary Italian automotive and design house Zagato, which has designed cars for Ferrari, Bentley, Rolls Royce, Jaguar and Aston Martin. The PRT vehicles can travel at speeds up to 40kph on straightaways and 25kph on curves, and are powered by a battery that recharges while vehicles are standing in the stations between trips.

The driverless vehicles are controlled by an advanced navigation system; they use magnets embedded in the corridor to know their position and onboard sensors to detect any obstacles in their path; a wireless connection keeps them linked to the central computer, which guides them on their journey and ensures smooth operation among all vehicles.