Sprawling across 5 square miles (13 square kilometres) in the Mojave desert near the California-Nevada border, the $2.2 billion (USD) Ivanpah solar Electric Generating System has more than 340,000 computer controlled mirrors that focus reflected sunlight onto boilers located on the top of three towers, each of which is 150 feet tall (45 meters). The sun heats water inside the towers, creating steam that moves turbines and generates enough emissions-free electricity to power 140,000 homes, or about 392-megawatts. Far from a distance, these mirrors which are known as heliostats look like a clear lake rising from the desert. 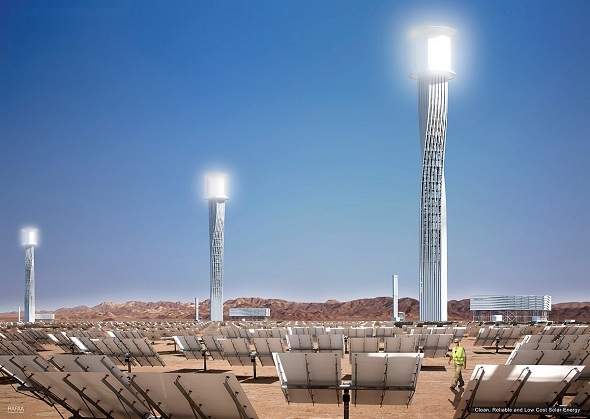 Ivanpah is about four times bigger than New York City’s Central Park and can also be viewed from the International Space Station. With an expected power factor of 32% the plant should generate about a billion kilowatt-hours each year.

According to most sources the Ivanpah plant was partially financed by a $1.6 billion loan guarantee from the U.S. Department of Energy, the project also received many additional incentives that made it an attractive investment. The Ivanpah plant opening indicates a major step in federal and state renewable energy attempts; however federal funds for such projects under President Barack Obama have been mostly exhausted, meaning the private sector must bridge the gap at a time when constructing a natural-gas fired power plant costs about $1,000 per megawatt, a tiny amount of the $5,500 per megawatt that Ivanpah plant cost. 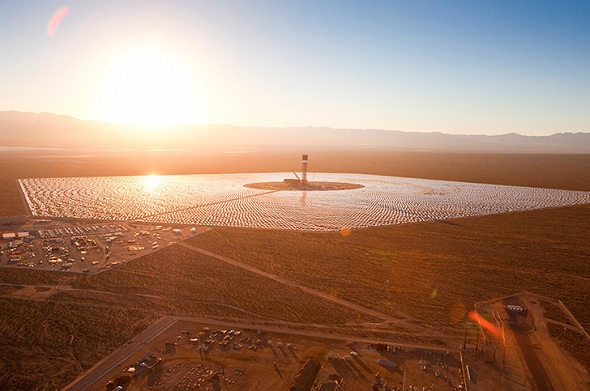 The solar market has changed considerably since the Ivanpah was approved by California regulators in 2010. Traditional solar panels, based on photovoltaic technology that employs the sun’s light to produce electricity, have gone through a massive drop in costs since the last few years, leaving solar thermal far expensive.
Ivanpah technology originator BrightSource Energy (BSE) Inc has been unsuccessful in securing a permit for any additional solar thermal projects in California partly due to environmental issues, including apprehensions that the extreme heat and energy generated around its plants would harm or kill desert birds.

Impossible Foods, the makers of the widely popular plant-based burgers, plans to go public with a likely valuation of $10 billion. The vegan burger company was valued at $4 billion
17 hours ago