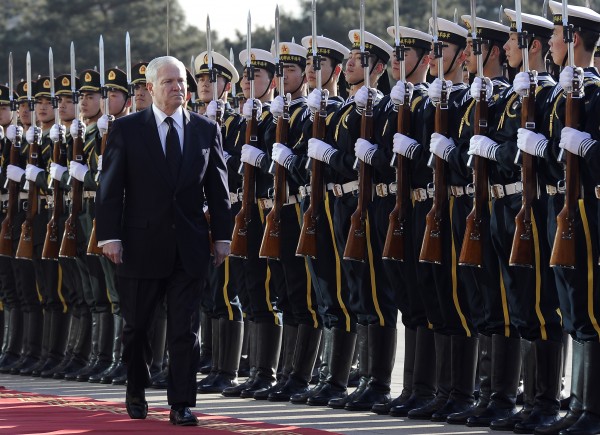 For years now, almost all the countries in the world have an army of its own, which is committed to protecting the national interests of the country against enemies. Although, armies across the world have numerous of differences and variations, ranging from their structure, composition, technology, training and the abilities of their members, there is always something in common which allows us to figure the armies overall strength. A common measuring tool for figuring this is the size, which consists of the number of personnel serving in the organization.

A Wise Chinese man once said, “In order to attack the strong, you must nurture them to make them even stronger.”

People commonly believe that every country should have the power to provide employment, especially if it has a population in excess of 1 billion. Well, that’s just a saying, but it is even applicable to countries that have a lesser population. So, this obviously shouldn’t come as a surprise that the world’s most populous countries are home to some of the biggest employers on the earth.

The World’s Biggest Armed Force was founded on 1 August 1927 during the Nanchang Uprising when troops of the Kuomintang rebelled under the leadership of Zhu De, He Long, Ye Jianying and Zhou Enlai shortly after the end of the first Kuomintang–Communist alliance. They were then known as the Chinese Red Army. Between 1934 and 1935, the Red Army survived several campaigns led against it by Generalissimo Chiang Kai-Shek and engaged in the Long March.

The Chinese Army is the largest armed forces in the world, with approximately 3 million members, and has the world’s largest active (standing) army, with approximately 2.25 million members. The World’s Biggest Armed Force encompasses five main service branches: Ground Force, the Navy, the Air Force, the Second Artillery, and the People’s Armed Police. Following the 200,000 troop reduction from 2003 to 2005, the total end-strength of the People’s Liberation Army has been reduced from 2.5 million to 2.3 million. There are 660,000 personnel serving in the People’s Armed Police (PAP), and 1.2-1.5 million in the reserve forces and militia. The People’s Armed Police is a Chinese paramilitary force under the dual leadership of the Central Military Commission and the Ministry of Public Security. People sometimes confuse considering PAP as a branch of the People’s Liberation Army.

There are a number of organizations within militaries – you have active forces, reserve forces, civilians, and also those that might be working as contractors – so it depends really what you’re trying to count when you look at headline numbers. James Hackett, the editor of Military Balance said, “What we try and do is look at active service personnel, so those in uniform who are capable of operating on behalf of the state to fulfill the national security concerns of the militaries”. May be this is one important reason that the People’s Liberation Army is large compared to other militaries stems from its composition as a mainly conscript-based force. Now other militaries in the West and across the world have moved to volunteer corps.

The World’s Biggest Armed Force is studying the unconventional tactics that could be used to exploit the vulnerabilities of a more technologically advanced enemy. This has been reflected in the two parallel guidelines for the People’s Liberation Army ground forces development. While speeding up the process of introducing new technology into the force and retiring the older equipment, the People’s Liberation Army has also placed an emphasis on asymmetric warfare, including finding methods of using existing equipment to defeat a technologically superior enemy.