As we all know by now, Jaguar has committed to electrifying all of its cars from 2020 onwards. Looks like the British automaker is a little ahead of its schedule. Jaguar Land Rover Classic has unveiled the latest creation – an all-electric of the E-Type, dubbed the E-Type Zero. You go, Jaguar!

‘The Most Beautiful Car in the World’ – Enzo Ferrari

Jaguar E-Type Zero will take you from o to 100kmh in 5.5 seconds. The roadster will have a range of 270km from a 40kWh battery that can be fully recharged in six to seven hours. Some might say this is nothing in the Tesla territory, but let’s be honest, Tesla will never be able to create a car with such classic styling.

“It’s not unthinkable that a city like London could ban internal combustion vehicles at some point in the future,” JLR Classic director Tim Hannig says. “The E-Type’s the most tightly packaged Jaguar, so we can convert any classic Jaguar into an EV. Not only that, but we know there’s an audience out there that is attracted to the style of a classic car, but doesn’t want the inconvenience that can sometimes come with it. We also understand it’s not for everyone, and the guys who crave originality might have issues with it. But we think this is a way of future-proofing classic car ownership. We’re showing it to some of our clients, and we’ll see what the market makes of the concept.” 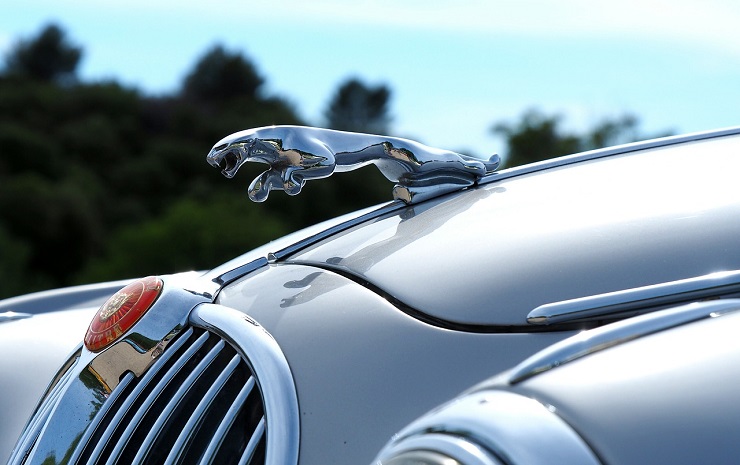 Jaguar’s 220kW electric powertrain was specifically designed for the electric vehicle. It uses a lithium-ion battery pack that has the same dimensions as the XK six-cylinder engine used in the original E-Type. The electric powertrain has been placed in the same location as the old XK engine. In addition, various aspects of the car’s internal design remain unchanged. This is to ensure that the new car looks and feels like an original E-Type.

There are a few changes underneath the original bodywork. For instance, there is no exhaust system in the 2017 model. The lights have also been updated with LED technology. You’ll notice a charging socket in the fuel filler cap.

The electric vehicle was unveiled alongside the announcement that all new Jaguar Land Rover model lines from 2020 and beyond would either use all-electric or hybrid powertrains. Jaguar is showing off the E-Type Zero at the JLR Tech Fest event in London. It will be open to the public from September 8th to 10th.

Anna Domanska
Anna Domanska is an Industry Leaders Magazine author possessing wide-range of knowledge for Business News. She is an avid reader and writer of Business and CEO Magazines and a rigorous follower of Business Leaders.
« Automakers are investing in hydrogen fuel cell vehicles but where are the stations?
Moss in The Bronx: The newest trend in Architecture »
Leave a Comment
Close