Two of our highly important global resources, Energy and water are intricately linked. However, when it comes to organising, the regulatory agencies, who manage these valuable resources, are often disunited and uncoordinated in their decision-making. With the World Bank recently launching its  Thirsty Energy initiative, it appears that the energy-water nexus is finally being given a serious thought and also taken on a global scale. 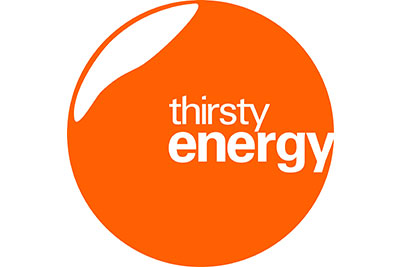 World Bank’s latest initiative intends to address the interconnection between energy and water head-on by offering countries with assessment tools and management frameworks to assist governments coordinate decision-making while planning for future energy and water infrastructure.

According to the Thirsty Energy website climate variation is expected to make the management of water and energy resources anomaly challenging by causing more water variability and extreme weather conditions, such as severe floods and droughts. Adding to it, the global water crisis is emerging and many countries are already facing challenges to their power supplies.

Most areas in the US that are not considered water-stressed have already been enduring rolling black-outs and brown-outs due to historic droughts. Countries such as India, China, and Brazil are threatened with more intense and longer droughts. In addition to being largely populated these nations also represent a significant hub of goods and services that the U.S. bank on. Besides, Americans have gotten used to having ample and diversity of food all through the year from countries like India, China, and Brazil. As climate variation persists, it impacts water and electric supplies in countries around the world, the agricultural sectors in most countries will be one of the worst hit sectors, and that has direct involutions for the American way of life.

The Thirsty Energy initiative of the World Bank intends to help countries start the process of co-managing their electricity and water planning. This initiative will assist countries work through their divisions by bringing in experts from its own water and energy programs within the World Bank, and also from the public and private sectors to help thwart a restrained future.

The initiative is based on a report that the World Bank published in the summer of 2013. The report provided many recommendations to tackle the energy-water nexus, comprising better modeling in both water and energy sectors, more collective planning, regulatory amendments, and larger public and stakeholder involvement in developing solutions.

While the World Bank has been responsible for some magnificent financial and regulatory amendments, hopefully, this new initiative will be one of the attempts that bring about real change in the way countries around the world tackle the energy-water (and food) nexus. Perhaps the World Bank’s effort to support countries around the world competently address this nexus will spill over into the U.S. as it’s high time the country take up this mantle.