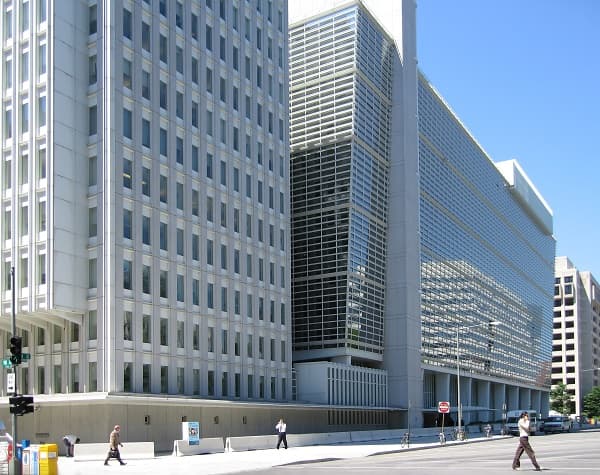 Headquarters of the World Bank

The World Bank in its East Asia and Pacific Economic Update underlines the need for developing countries to rethink financial strategies that are aimed at stimulating their economies. Considering that global recession has corrected and developed nations have increased capital outflow, the continued pumping of more capital into economies of emerging economies in Asia would run the risk of ‘financial bubbles.’

The IMF has warned that the April 4 announcement by the Bank of Japan to exit the deflation of its economy (in keeping with similar easing of policies by the Central banks in the US, Europe) could actually prove to be counter-productive for the region.  The surge of investments flowing into East Asia and Pacific region in the first quarter of 2013 – to 86 percent – could result in inflation as well as asset price-imbalances.

US, Europe and Japan capital outflow will fund emerging markets

Analysts of the World Bank comment that in the following quarters, huge capital outflow from the United States, Europe and Japan is likely. This is because in economies in these regions the rate of interest has reached near-zero and it is also likely that there would be further quantitative easing in policies that would make emerging markets lucrative to invest.

The World Bank underlined in its report that: “the risk of an asset boom in the markets, in which global liquidity spills over, is emerging, with asset valuations moving ahead of fundamentals and possibly a correction down the road.” The bank believes that for the countries in the East Asia and Pacific region, which contributed to 40 percent growth across the globe, the need would be for ‘renewed capital inflows’ through strategies that have a macroeconomic approach but remain flexible about exchange rates.

The World Bank and IMF underline that the easing of policies will drive greater growth in Thailand and Philippines with the exception of Indonesia. Indonesia is expected to grow at 6.2 percent only instead of 6.3 percent as predicted earlier.

What’s more, the World Bank has found strong reasons to revise down its December 2012 projection of  7.9 percent growth rate in East Asia region to 7.8 percent. What is interesting is the fact that the projections of growth rates for Japan and India remain unchanged.  It pegged the world economic growth at 2.4 percent while the regional growth was fixed at 7.6 percent.

Dynamic China, the major force yet in the region

The Vice President of East Asia and Pacific region at the World Bank, Axel Van Trotsenburg, is of the view that the China remains to be the most dynamic force in the region. He predicts that the slowdown in 2012 will see optimized growth in 2013 largely due to the expansionist growth in China.

Despite the rosy picture ahead, the premier international bank has announced a revision in the growth rates of China as well. The Asian dragon will grow by 8.3 percent instead of 8.4 percent it was initially predicted. The World Bank has also cautioned against the increased depreciation of Japanese Yen would affect short term market conditions but would have beneficial growth in the region if Japan could exit deflation and regrow.