Working hard pays off as Yahoo CEO Mayer gets $36m 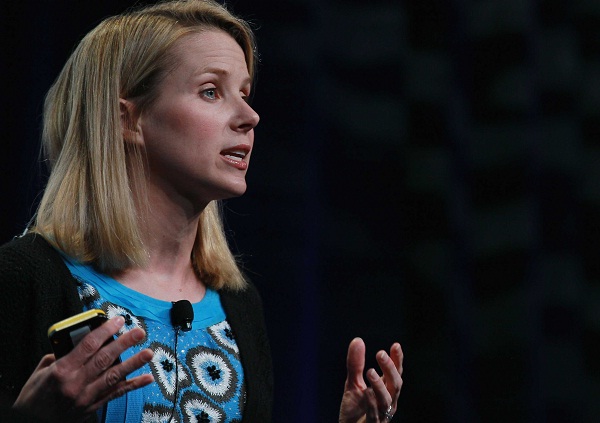 Working hard on revamping the company paid off as Yahoo CEO Marissa Mayer was awarded with staggering $36 million. Yet the Yahoo board certainly faced some problems while appeasing shareholders who believed that this award was too high.

On the 30th of April, California-based Yahoo Inc., which once was a significant player in the market, informed that Marissa Mayer was awarded with an astonishing sum of more than $36.5 million. The regulatory documents filed with the U.S. Securities and Exchange Commission indicated that Yahoo CEO Marissa Mayer got nearly $500,000 in salary, $35 million in stock and over a $1.1 million cash bonus.

Certainly, the award might seem a little bit towering , taking into account that Marissa Mayer was hired just in July 2012. However, the Yahoo board underlined that she worked out as chief executive officer, thus she fully deserved the money. In addition, since she took the power, Yahoo Inc.’s shares climbed staggering 60 percent! Investors have certainly appreciated CEO Marissa Mayer’s steps aimed at turning around the company.

Hence it is not surprising at all that Yahoo Inc. has also underlined that if Marissa Mayer works in the position of chief executive officer for the next several years, she may be rewarded with more than $70 million and this sum can certainly keep one in the company. But analysts are convinced that Yahoo CEO might see even a higher amount, exceeding staggering sum of $120 million.

Undeniably, Yahoo Inc. is ready to pay for the hard work and for the effects. And the company’s board strongly believes that all recent moves made by Marissa Mayer have already started bearing fruits. In addition, the staggering amount of money granted to CEO Marissa Mayer should not be surprising at all as the once Internet giant wants desperately keep her.

Indeed, since Marissa Mayer took over in July 2012, she has introduced many reforms aimed at improving the performance and operations of Yahoo Inc. She decided to offer fresh-new extras such as free iPhones which were undeniably welcomed by the company’s employees. Only her decision to bring back its telecommuting employees to offices was widely criticized by employees and business leaders as well.

But the fact is that Yahoo CEO Marissa Mayer has concentrated on turning around company as she is determined to lure new talents and restructure its operations so that the once Internet giant will be able to effectively compete with its mortal rivals and regain its lost position in the market.

With a nod towards new parents, Marisa Mayer has just recently announced that the Internet giant would extend paid parental leave its employees can take, thereby making Yahoo Inc. one of the most family-friendly companies in Silicon Valley. Analysts, shareholders and even employees are impatiently waiting for new changes. It seems that Yahoo CEO Marissa Mayer’s reforms have been paying off, but she is not done yet.