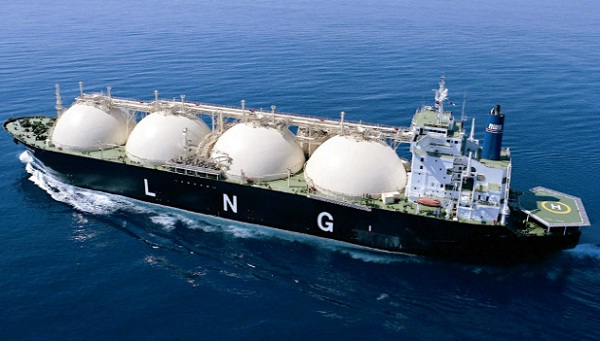 It seems that Woodside Petroleum grew up to make a decision as it informed that it mothballed its controversial Browse LNG project. The US$40 billion onshore liquefied LNG project was put on hold due to countless ecological controversies and fast-increasing costs.

On the 12th of April, Woodside Petroleum Ltd, which is the Australia’s second biggest oil company, informed that it mothballed its controversial Browse LNG Project which was estimated to cost more than staggering US$40 billion. According to a statement released by the oil giant, LNG would not be piped to an onshore facility as the company decided to scrap the LNG project due to a simple economic estimate which showed that the concept was not lucrative.

But also other factors had an impact on the decision of the oil giant. Undeniably, the fact is that Woodside Petroleum Ltd was struggling with increasing resistance from eco-friendly groups which strongly opposed to its plans. Ecologists have been underlining that the Browse LNG project would pose a great threat to the area.

As it was highlighted by Woodside Petroleum Ltd, the company would not give up easily as it would continue to look for some options for the project. Everything indicates that the Australia’s oil giant and its partners, including Royal Dutch Shell PLC, would be analyzing a construction of a floating liquefied natural gas facility. It is also possible that the Australia’s second biggest oil company would consider transporting the gas to running LNG nests located in the southwest. Analysts are convinced that it will take several years to find the best solution. Therefore Woodside Petroleum Ltd and its partners have to be cooling their heels.

Certainly, the Woodside Petroleum’s decision to mothball its Browse LNG project will be another obstacle for the blossoming LNG industry in Australia. Surging costs of employment and the strong Australian dollar were the main reasons why many oil companies, which are involved in many projects in Australia, exceeded their budgets.

It is widely speculated that Australia is to become the world’s first or second largest exporter of natural gas by 2020. Therefore it is not surprising that so many oil companies are interested in the LNG industry in Australia. But still Australia has to face blooming competition from Canada and the US’ LNG industries which are said to be its main rivals in the battle over the title of the world’s biggest LNG supplier in the near future.

Anna Domanska
Anna Domanska is an Industry Leaders Magazine author possessing wide-range of knowledge for Business News. She is an avid reader and writer of Business and CEO Magazines and a rigorous follower of Business Leaders.
« IDC releases PC’s death-note for Q1
Apple to pay $53 million as it aims to end service warranty issue »
Leave a Comment
Close