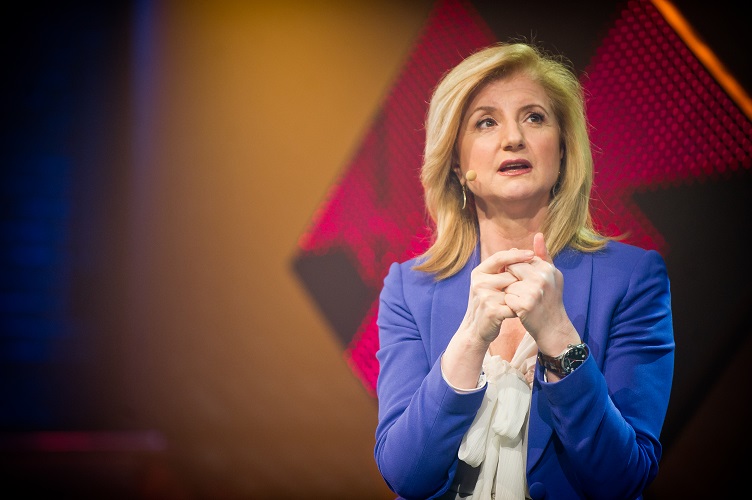 Arianna Huffington founded the Pulitzer prize-winning and AOL incorporated Huffington Post in 2005 which continues to grow as one of the most influential media site worldwide. The megacorp columnist is also a radio host, and author 14 critically acclaimed books. So what is the secret behind this powerhouse of energy? More sleep! As of late, Huffington has carved a niche for herself on the spiritual and person well-being route through her bestselling book “Thrive: The Third Metric to Redefining Success and Creating a Life of Well-Being, Wisdom, and Wonder.” In 2011, AOL acquired Huffington Post for a staggering $300 million.

One of the earliest founders of Lucy Peng Alibaba, one of the fastest growing e-commerce giant in the world, Peng is a CPO at Alibaba and heads its new Small & Micro Financial Services Group. The financial services group deals with microlending and customer funds, bringing together Alibaba’s financial operations, mainly its Alipay online payment system – Zhong An insurance which also happens to be China’s first online insurer. Peng has also served in a number of Senior Leadership roles for the group uniting a Zhejiang-based microlending JV, Tianhong Asset Management and its Yu’e Bao money market fund which has grown to an astounding $40 billion serving more than 49 million clients making it China’s biggest online financial services provider. Peng graduates from Hangzhou Institute of Commerce of Zhejiang Gongshang University in 1994 with a degree in Business Administration.

Martha Stewart is an influential American entrepreneur, magazine publisher, and lifestyle goddess. Her exemplification of charitable living had individuals accept that she headed an extravagant lifestyle in her youth however the fact speaks truly otherwise. Her magazine ‘Martha Stewart Living’ was first published in 1990. By 2002, the magazine was read by two million readers every issue. In 1993 she additionally began to play host in a half hour program on her magazine that soon turned to a full hour day by day show. Martha additionally started to help often to CBS’s ‘The Early Show’. New York Magazine named her ‘the definitive American woman of our time’ in 1995. Martha launched a company named ‘Martha Stewart Living Omnimedia’ of which she was the president, director, and CEO. The firm so raised almost $130 million on its first day at the IPO back in 1999 creating a Wall Street havoc. Stewart holds 96% stake in her company and is worth $1.2 billion.

Cher Wang is a Taiwanese entrepreneur and Philanthropist. Wang cofounded HTC in 1997 and has maintained her position as a pioneer in the world of electronics. Involving herself in a more dynamic role in HTC’s everyday operations; Wang is attempting to turn the organization’s deals and operations once again on a positive route. By bringing a revitalized strategy for smartphones, Wang hopes to position HTC as a global leader in the market. In May 2011, Forbes ranked Wang with husband Wen Chi Chen as the wealthiest people in Taiwan, with a net worth of US$8.8 billion.

Anita Roddick’s entrepreneurial journey remains as one of the greatest tales of the 20th century. From a single shop into building an international empire Anita has proved that any organization can gain a loyal customer base by simply sticking to its ethical core values. Anita Roddick founded The Body shop Ltd., on account of a $6,500 loan obtained to create a line of herbal and all-natural products. In a matter of decades, Anita created a $16 billion empire and is one of the richest women in England.

Anna Domanska
Anna Domanska is an Industry Leaders Magazine author possessing wide-range of knowledge for Business News. She is an avid reader and writer of Business and CEO Magazines and a rigorous follower of Business Leaders.
« Samsung Reportedly Considering Two Bendable Smartphones for 2017
Top Reads on Women Entrepreneurship »
Leave a Comment
Close