Godfather of British Fashion, Sir Paul Smith is usually associated in the public eye as multi-millionaire clothing impresario. In what comes as surprise in the world of architecture is that the British Art patron is set to team up with Wolfgang Buttress to design the UK pavilion for the 2015 World Expo in Milan. 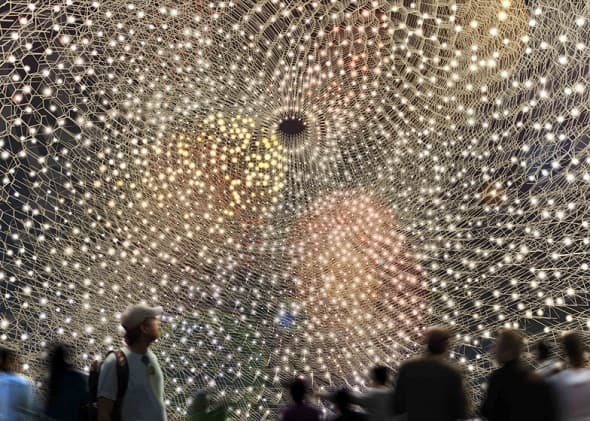 The first World Expo was held in 1851 at the Crystal Palace in Hyde Park, London. One of the most remarkable facts associated with the World Expo is that the 1889 innovation event held in Paris resulted in the construction of the Eiffel Tower. The Word Expo inspires nations to promote their design, commercial and industrial innovation every five years.

Beating a list of some of the most well-known architects, the winning proposal by Wolfgang Buttress is inspired by 2015 World Expo theme “Feeding the Planet, Energy for Life”. The team designed a pulsating virtual beehive to offer visitors an ‘immersive sensory experience’ providing an essence of British Landscape, in order to highlight the problem of fading honeybee population.

The Nottingham-based sculptor and painter’s team includes British fashion design Sir Paul Smith and specialist engineer Simmons Studio, designers Joff + Ollie for the design innovation. The design was chosen ahead of the seven other finalists including Coca-Cola pavilion designer Asif Khan, landscape architects Grant Associates, Allford Hall Monaghan Morris and David Kohn Architects. Pending a mandatory standstill period in the contest that was organized by Malcolm Reading Consultants,   Wolfgang Buttress is due to named as the winner in the coming week.

At the 2015 World Expo visitors will experience the nature-inspired beehive-like structure which will be pulsating, buzzing and glowing to signal through an orchard and a wildflower meadow.

The nature-inspired environment illuminated by tiny glowing lights is a giveaway at the similarities between Buttress’s model and that of Thomas Heatherwick’s design for the UK Pavilion at Shanghai World Expo 2010. Heatherwick’s $25 million Dandelion seed Cathedral was one of the most popular pavilions and is still talked about as a trophy in the world of biomimicry. 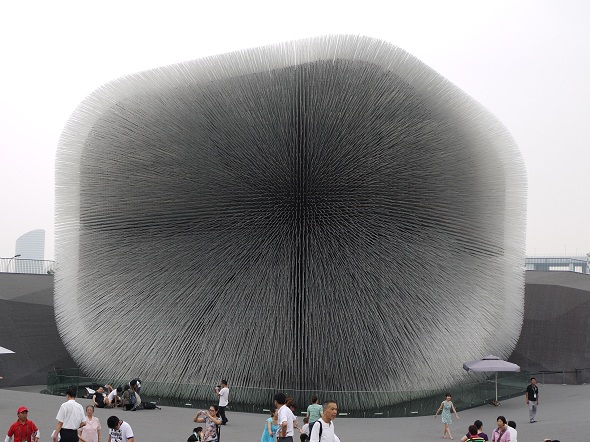 France has already unveiled the design for its national pavilion which is a ‘lattice wooden structure used to grow food crops’. China has unveiled design for a building with a wavy roof and an indoor field.

The World Expo that will be held in Milan this year is expecting more than 20 million visitors across the six month-long period.