Should the Olympics be used as a platform to create awareness?

Held once every four years, China is set to host the next Winter Olympics, dubbed Beijing 2022, from February 4 to 20. For the past two years, activists and campaigners representing the people of Hong Kong, Tibet, and China’s Xinjiang region have pleaded with the Western countries to boycott the Beijing Olympics I and to call out China for its treatment of the Uyghur population.

As protests calling for a boycott of Beijing 2022 intensify, former US President Ronald Reagan’s quote comes to mind. “If some among you fear taking a stand because you are afraid of reprisals from customers, clients, or even government, recognize that you are just feeding the crocodile hoping he’ll eat you last.”

A young coalition of international human rights activists even dubbed Beijing 2022 as the ‘Genocide Games’. Activists believe that participating in the Beijing Olympics will be tantamount to turning a blind eye to the human rights violations. Meanwhile, the International Olympic Committee does not see its decision to let Beijing play host as political. Rather, the IOC tends to ban individual countries and has rarely, if ever, relocated games over calls for boycotts or protests. 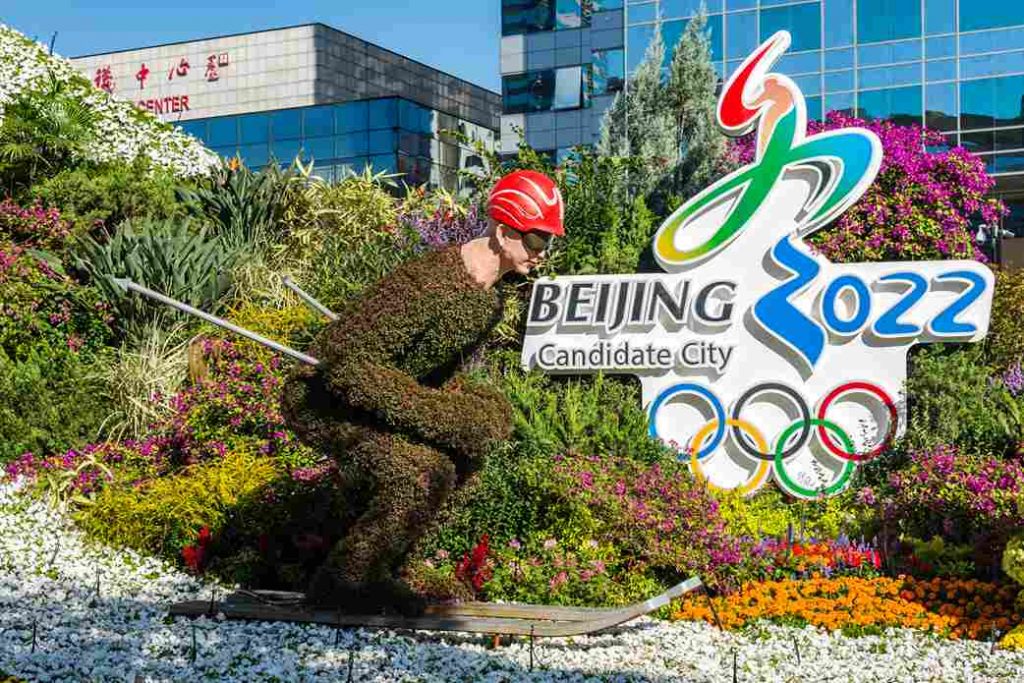 The Beijing Olympics is off to a rocky start, despite the billion-dollar preparations.

The Olympic Partner Program (TOP) enables global brands to sponsor all Olympic sanctioned events, giving product exclusivity and the use of their five-ring logo. Coca-Cola has been a TOP sponsor of the Olympics longer than any other brand, and its association dates back to 1928. Brands see the Olympics as an opportunity to connect with their consumers and boost sales with limited edition products.

Other biggies include Intel, Samsung, Bridgestone, Procter & Gamble, Visa, Toyota, Atos, Alibaba, Allianz, and Panasonic. Human rights groups have written to the TOP sponsors and urged them to withdraw their support. However, most of them have refused to comment. For TOP brands sponsoring the games, withdrawing support now means losing millions of dollars in revenue and risking a backlash from China.

Omega, one of the TOP sponsor’s, told Bloomberg, “As a global brand, we are certainly aware of international tensions and monitor them carefully.… We sincerely believe that the Olympic Games is a perfect opportunity to meet on common ground in the spirit of unity.”

Despite writing to all the TOP brands, Human Rights Watch only received a response from Allianz. Allianz responded to them saying, “We stand behind the Olympic Movement and our longstanding support for its ideals will not waver.”

A primary reason for the silence of the brands is  the sizable financial repercussions. Ten of the twelve TOP sponsors generate over $110 billion in revenue from the Chinese market.

Meanwhile, China warned the US that it will retaliate by issuing a statement that they are unnecessarily politicizing sport. To conclude, will a boycott force China’s hand and improve living conditions? History shows us that earlier boycotts have never completely solved a problem. But taking a stance, calls the world’s attention to the problem. This can eventually lead to a solution or prompt people to take action.

Christy Gren
Christy Gren is an Industry Specialist Reporter at Industry Leaders Magazine she enjoys writing about Unicorns, Silicon Valley, Startups, Business Leaders and Innovators. Her articles provide an insight about the Power Players in the field of Technology, Auto, Manufacturing, and F&B.
« Best Fintech Stocks to Buy in 2022
Neuralink Looks for a Clinical Trial Director to Direct Its Next Step »
Leave a Comment
Close