How Did Businesses Do From the Black Friday/Cyber Monday Craze?

There’s nothing better than curling up with a good book and simultaneously getting drunk. You can cozy up in your most comfortable chair, sip on prosecco, nuzzled up in your favorite book and let it take you far, far away. For some, the two activities are actually one and the same, just like booze and literature. In fact, alcohol is the solution to all of the literary world’s problems. Speaking of great literature and booze, Barnes & Noble is rolling out concept stores in fiscal 2017, which will feature B&N cafés offering wine and beer in spaces double the size of its typical cafes.

It’s a simple idea and the reaction, of course, is one of bewilderment. Think of it, picking out the perfect book is a complicated process. I, for one, is someone who would spend at least an hour picking the perfect book that reflects the intensity of the weather and my mood. I, then settle in for hours of reading with a glass of Cabernet Sauvignon or a Rioja in hand to turn the experience up by a notch. 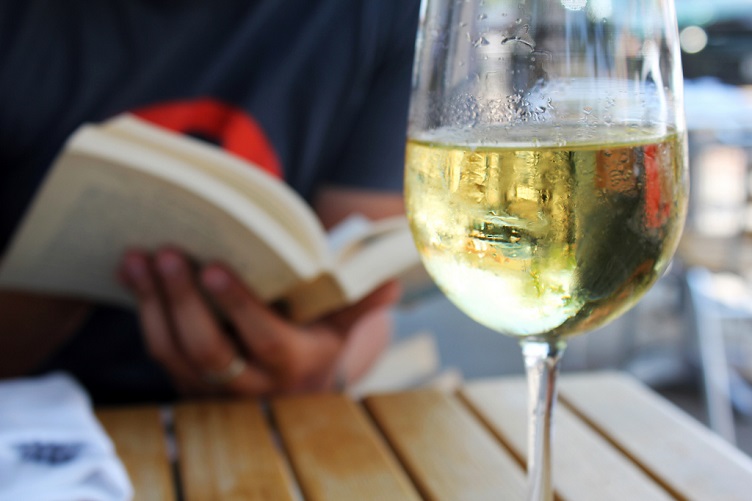 The concept stores will first open in the Vernon Hills Shopping Center in Eastchester, New York, in October. The other three are planned for the One Loudon mixed-use community in Loudon, VA; the Edina Galleria in Edina, MN; and the Palladio at Broadstone Mall in Folsom, CA.

The alcohol serving B&N cafés will feature an expanded food and beverage offering – including beer and wine – along with tableside service. The cafés would be larger than current foodservice areas, and thus would contribute to a large share of sales to the bookstores.

The bookseller is tapping into the growing trend of brick-and-mortar retailers facing increased competition from etailers, who are enhancing the customer experience. Take for example, Corte Madera, a California-based Restoration Hardware Holdings Inc., which opened the 3 Arts Club Café in Chicago’s Gold Coast neighborhood last year.

Barnes & Noble has expanded beyond books with vinyl records, toys, and gift items. But, for the bookseller to do well, it has to create exclusivity to attract a crowd. Think of it, you cannot hang out at Amazon.

Last December, Barnes & Noble holiday sales took a serious plunge to $41.2 million, down from 25.8 percent in 2014. While, Amazon Kindle continues to dominate the market with the e-reader and the e-books.

Amazon’s unrivaled ability to deliver books within a day (an hour, at specific locations) cheaply and smoothly has defunct brick-and-mortar booksellers. By offering free shipping and huge discounts, it has established a difficult standard in the market. While most e-tailers are following Amazon’s lead, brick-and-mortar booksellers like Barnes & Noble are forced to find creative ways to get customers to the door.