According to the latest data from the Energy Information Administration (EIA) at the Department of Energy; wind power generated 4.13% of all the electricity in America and is the fifth largest electricity source in the country. It accounts for nearly 30 % of all new generating capacity for the last five years, which is sufficient to power the equivalent of 15.5 million homes in America, equivalent of all the residential households in Arkansas, Colorado, Georgia, Kansas, Nebraska, Nevada, and Ohio combined. 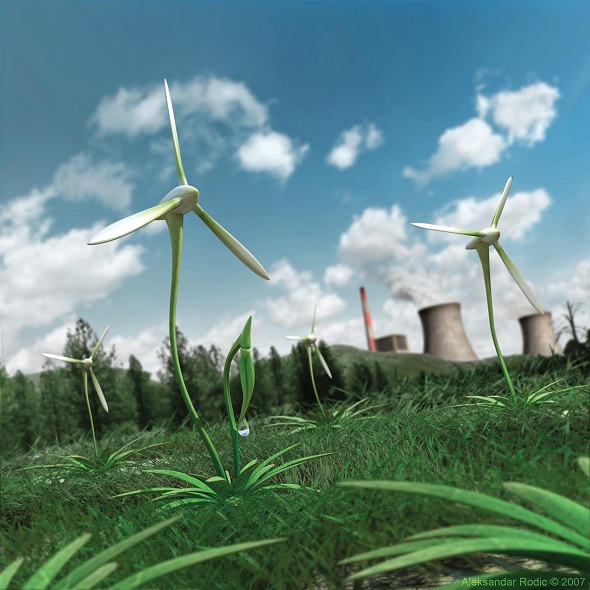 At times, wind energy produces as much as 25% of the electricity on the Texas power grid.

In Iowa and South Dakota, 25% of total electricity production is sourced from instate wind turbines, it provided more than 12% in nine states, and in 17 states, more than 5% of electricity was generated.

Elizabeth Salerno, Vice President of Industry Data and Analysis for the American Wind Energy Association said wind energy is still a huge contributor to the US power mix. Since 2008, the electricity produced by American wind power has more than tripled due to immense growth in new wind projects and also technology innovation has led to more productive wind turbines, she added.

All renewable energy sources now deliver nearly 13% of the nation’s electricity. Texas, the state with the biggest electricity load and the most installed wind capacity, also produced the most electricity from wind energy, more than 35.9 million megawatt-hours, or enough to power 3.3 million homes. Texas main electric grid, ERCOT received nearly 9.9% of its electricity from wind energy last year and is on course to top 10% in the future years considering the 7,000 MW of new capacity now under construction in Texas.

The top states who installed wind capacity all set records last year for the amount of electricity they generated. States like Texas, Iowa, California, and Oklahoma each produced enough electricity to provide power more than a million homes in America.

The geographic diversity and numerous installations of wind turbines is a reflection of the United States’ strong wind resource. In a study in 2010, the National Renewable Energy Laboratory reported over 10 million MW of wind resource in the US, that’s sufficient to power the equivalent of the nation’s total electricity needs almost 10 times over.

This year, the wind energy industry has started a record 12,000 MW of wind project capacity that is under construction and has plans to deliver even more clean and affordable energy to the nation’s electricity generation portfolio.

Apple is bolstering its smart home devices space with the introduction of a new hybrid device— a combination of an Apple TV and a smart speaker with a screen, according to news r
3 hours ago