Wind and solar power are the cheapest form of new electricity in most of the world today.

In the next five years, it will be more expensive to operate existing coal or natural gas power plant than to build a new solar or wind energy facility, according to BloombergNEF.

A recent report from the International Energy Agency also revealed that solar energy is starting to take over from coal as the cheapest form of electricity. In its annual World Energy Outlook, the IEA says solar energy will lead the surge in renewables in the next decade. Eighty percent of the world’s electricity will be sourced through renewables, says the report.

At an annual conference held by the BNEF in London, the group’s chief economist Seb Henbest said there is an economic limit to the spread of those sources of clean energy. “There will come a point in every country that saturation point is reached because the technology no longer reduces generation costs compared with running the existing thermal generation fleet.” 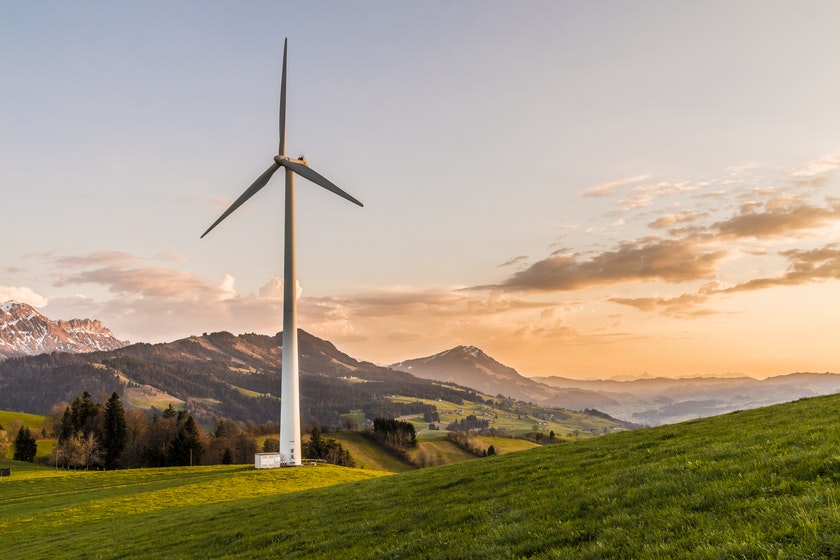 These limitations in cost reduction over the long run will see renewables gain no more than 70% and 80% of the market for electricity generation, depending on local conditions. In Europe, which has some of the toughest policies against fossil fuel usage, it is unlikely that wind and solar are unlikely to surpass 80% of supply.

That level of penetration “is far off in pretty much every market we look at,” Henbest said in a presentation outlining the first findings of BNEF’s New Energy Outlook. “We’re not going to reach these limits anytime soon and we can of course push past these limits.”

The shift to renewables though will have a definite impact on some industries. Shipping is one of them.

Fossil fuels are hauled around the world by shippers, they cover a third of all cargo miles and oil occupies 70 percent of these, BNEF estimates.

As renewables take market share from oil, gas and coal, the shipping companies that deliver those fuels will also suffer.

“There’s quite possibly a rebasing of shipping demand and rail demand, that might mean less energy consumption and lower emissions,” Henbest said.

Utility usage is sure to change with homes and cars will turn to renewable energy. Warming building with heat pumps is far more efficient by several multiples than the traditional boilers, according to the BNEF findings.

It estimates that melting down old steel and reforming it is five times more energy-efficient than making the material from scratch.

According to BNEF, if renewables take up a greater part of energy production then the dependence on the fossil is bound to decrease and the world will need less energy to generate the same amount of electricity.

“Overall, what this means is that we can get better end use energy efficiency from using electrical processes and technology downstream,” he said. “If we use renewables to generate electricity, we get gains mid-stream as well. Overall, this translates into maybe say two to three times less primary energy supply.”

It sees CO2 emissions reach net-zero by 2070 and gives a 50% chance of holding warming to 1.65C, with the potential to stay below 1.5C if negative emissions are used at scale.

Over the past year, major economies and even corporates have announced their commitment to decrease the carbon footprints and desist from investing in fossil-fuel-based industries. The EU and the UK are leading the fight with even China announcing recently to reach “carbon neutrality” by 2060.

Anna Domanska
Anna Domanska is an Industry Leaders Magazine author possessing wide-range of knowledge for Business News. She is an avid reader and writer of Business and CEO Magazines and a rigorous follower of Business Leaders.
« Tesla updates Model Y range capacity
Quibi shuts shop in 6 months, cites bad timing as the cause »
Leave a Comment
Close

Musk had previously revealed that he hopes the company will be able to address a wide range of neurological problems – ranging from addiction to paralysis.
19 hours ago