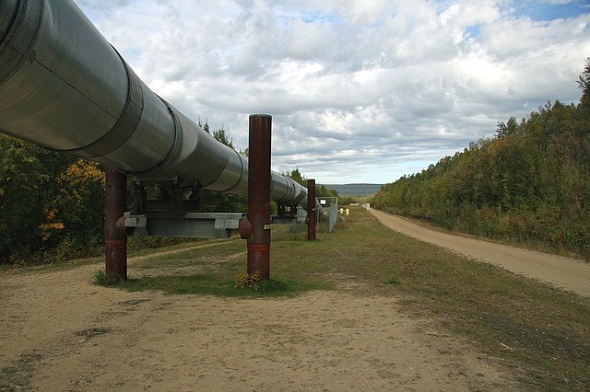 On Sunday, Natural-gas pipeline giant – Williams Cos. disclaimed an unsolicited buyout offer from Energy Transfer Equity L.P. worth of $48 billion, but is open to other offers. The company said that it approached about an all-stock deal worth of $64 per share that is – 33 per cent premium to where its shares closed on Friday.

Energy Transfer Equity LP – a portfolio company that owns energy assets – is the bidder referred to in Williams’ announcement on Sunday.

Williams said that it won’t accept the offer, but has retained Lazard and Barclays to seek alternatives, incorporating merger, a sale of the company or simply keep on to direct its current path. Williams didn’t identify who made bid.

On Monday morning, Energy Transfer confirmed that it has attempted to connect in meaningful, friendly dialogue with Williams’s management for about six months, but it has been ignored by the company.

The all-equity bid for Williams are valued at $53.1 billion, including debt and other liabilities; would require Energy Transfer to issue new shares.

The company stated in its official statement that the Williams Board has carefully considered the unsolicited offer, and has decided that it significantly undervalues Williams’s stake and would not deliver value corresponding with what Williams expects to achieve on a stand-alone basis, and through other growth initiatives, incorporating the pending acquisition of “Williams Partners.”

In May, the company said that it planned to acquire its subsidiary – William Partners LP, worth $13.8 billion deal. At that moment, Williams has asserted that merging and simplifying its corporate structure will make it more efficient and better to expand its business’s operations in future.

On Sunday, Williams said that the unsolicited offer it rejected was unpredictable on that simplification process, which is now aborted by the company. So far in this year, Williams Cos.’s shares rose to 7.8 per cent, i.e. $48.34, while the partnership’s shares, which are controlled and managed by Williams, closed at $53.25 on Friday, i.e. up to 4.1 per cent.

The company said that its consolidation deal will get closed during the third quarter of the year, giving the combined entity an enterprise value of $84 billion.

Over the last few years, companies that own pipelines and other energy infrastructure have been somewhat separated due to sudden decline in the price of oil and gas. That is because the companies tend to operate based on fixed-fee, long-term contracts, which pay the similar amount, whether the energy prices are high, or low.

The company has revealed to cut down price of some fuel known as natural-gas liquids that include ethane and propane. Along with pipeline business, Williams owns multiple natural-gas processing facilities that earned slimmer margin stake in this year. Financial analysts have been anticipating that storage and energy transport companies will be amalgamated with the series of merger and acquisitions.

Ethan Bellamy analyst – Robert W. Baird said that it’s a game on for alliance and empire building. He suggested that Energy Transfer Partners LP or Kinder Morgan Inc. – is a master limited partner behind the unsolicited takeover offer. Company’s restructuring will allow it to get refrain from most of the corporate taxes, while paying out huge dividends to its shareholders.

In 1919, the company was moving towards fuel around North America, but in 1995, it was the company’s first alliance with Transco Energy Co., which further has expanded its system to the U.S. East Coast, making it one of the nation’s largest natural gas transporters.

Currently, the Tulsa-based Williams Cos. owns and operates about 13,600 miles of pipelines across North America.