Internet gambling becomes tidbit as Casinos eyes it with interest 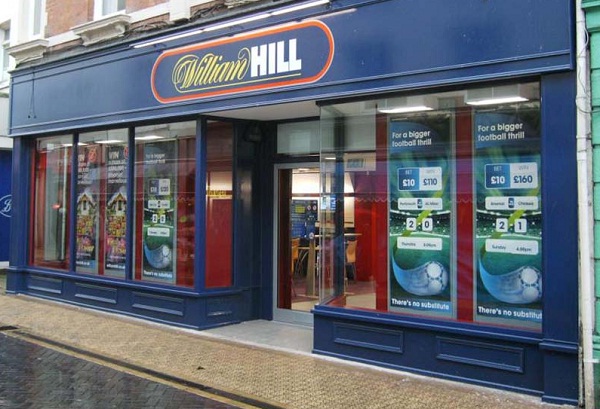 On the 1st of March, William Hill Plc informed that it would pay as much as £424 million for the acquisition of its partner Playtech in order to gain the control of its online gambling operations and strengthen its position in the market. Investors are very much satisfied with the deal as it means that William Hill, UK’s largest bookmaker, bets on online growth prospects.

As it was underlined in a statement, William Hill Plc would pay for the acquisition of Playtech with £375 million underwritten rights issue. Not surprisingly, the deal will provide the UK’s largest bookmaker with full ownership of the online sports-betting, poker and bingo services, not to mention that it will strengthen its position in the market.

Both acquisitions would certainly revolutionize William Hill Plc’s operations. The company, which was set up back in 1934, focuses on the overseas expansion of its operations and strengthening its position in the United Kingdom.  Naturally, Will Hill Plc concentrates on online gambling. Therefore analysts are not surprised by the William Hill’s acquisition of Playtech as this takeover will certainly strengthen the company’s online gambling operations.

Analysts also note enthusiastically that both deals, the acquisition of Sportingbet’s Australian and Spanish operations and the takeover of its online partner Playtech, will give William Hill Plc countless opportunities for further growth, including online gambling, and expansion as well. In addition, experts underline that the company will not pay an exorbitant price for Playtech.

Also on the 1st of March, William Hill Plc informed that it recorded full-year profit of more than £277.5 million, compared to £187.4 million a year earlier. It was an increase of 48 percent. As for full-year revenue, it climbed about 12 percent to £1.3 billion from about £1.1 billion a year earlier. The company enjoyed strong results as it witnessed a strong performance in its online business.

William Hill Plc underlined in the statement: “”The group has delivered a very positive performance in 2012, underpinned by the relevance of its multi-channel approach to UK consumers, with strong performance in shops, online and via mobile devices.” According to data, the company generates as much as 90 percent of its revenue from the British market.

But 2012 with the acquisition of Sportingbet Australian and Spanish marks a new chapter in the expansion history of William Hill Plc which aim aims to expand overseas and continue to record strong results in lucrative online business. The two recent acquisition deals by William Hill Plc are in line with the current trend in the online gambling sector which is witnessing a surge of consolidation processes. Therefore if the UK’s largest bookmaker wants to maintain its position, simply it has to play by the new rules.

Anna Domanska
Anna Domanska is an Industry Leaders Magazine author possessing wide-range of knowledge for Business News. She is an avid reader and writer of Business and CEO Magazines and a rigorous follower of Business Leaders.
« Chris Lynch named new CFO at Rio Tinto
The Top Five Most Luxurious Trains in The World »
Leave a Comment
Close

The U.S. Trade Representative on Thursday said that the Digital Service Taxes (DSTs) in Spain, Austria and the U.K. is unreasonable and disc...
10 hours ago