Even with less than a month to go for Christmas, holiday celebrations, holiday shopping is the last thing on everyone’s mind right now. Not so long ago, the National Retail Federation predicted a 3.6% spike in holiday season sales. But, a lot has changed since the NRF’s prediction last month. Donald Trump became the President-Elect of the United States, and well, his triumph has impoacted early holiday sales.

As we oscillating between an economic plunge and markets stabilization, analysts expect shoppers to be more cautious with their spending. As a matter of fact, Trump’s victory has even prompted retailers to increase their holiday promotions and discounting. Of course, such discounts will come at the expense of the manufacturers’ profit margins. 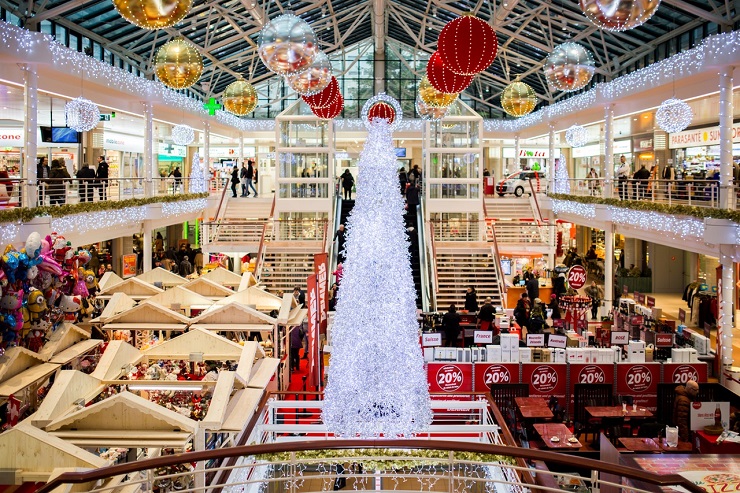 Much of retail spending is tied to people’s emotions. The people of American just had perhaps, the most emotionally exhaustive election in history. Even worse, Donald Trump’s presidency now creates an atmosphere of uncertainty.

Retail experts are predicting that consumers will delay big-ticket investments, like buying a car or a house until the economy has stabilized. Of course, not everyone is withholding holiday spending. This is especially true amongst those who feel validated by the outcome on Tuesday night.

There is going to be a 6% to 8% increase in consumer holiday spending by those who supported Donald Trump. Trump did well in small towns and rural areas across America. A lot of these voters come from big families and communities. It won’t be a surprise if we see 2016 holiday spending ramped by this people.

Trump’s Policies could have Terrifying Implications on Retailers

Regardless, retailers like Target, Walmart, Barnes & Noble are anxiously waiting for the market to stabilize before ramping up their holiday season ads. On Wednesday, mall mainstays like Macy’s, Gap Inc., and Toys R Us sent emails with deals promoting 15% to 40% off. According to a market study, 68% of shoppers plan to spend the same amount post-election regardless of who the victor is. The finding is a part of an upcoming 2016 holiday spending study.

Economists have said that Trump’s policies could do significant damage on both the sides of the cash register. Trump’s proposed immigration policies could lead to deportation of illegal immigrants or just those who are convicted of crimes. The removal of a large piece of the population would cut into the number of consumers and employees. Moreover, his opposition to the Trans-Pacific Partnership, as well as threats to pull out of the North American Free Trade Agreement could put significant stress on retailers who bring their merchandise from abroad.

On the above-mentioned concern, Trump has repeatedly brushed off with some retail CEOS. In the past, he has also threatened to impose large tariffs made on items manufactured overseas. This move, if well executed, could drastically increase prices for consumers. Department stores and chains, most of whose merchandise production is moved to cheaper offshore locations like Bangladesh, Mexico, Pakistan and China, will take the blow.

Despite the divisive rhetoric, the NRF has predicted that 2016 holiday spending will rise 3.6%, and would make for the best Christmas period in years.

Anna Domanska
Anna Domanska is an Industry Leaders Magazine author possessing wide-range of knowledge for Business News. She is an avid reader and writer of Business and CEO Magazines and a rigorous follower of Business Leaders.
« Chevrolet Camaro 1LE Claims to be the Future of Racetrack Driving
The Most Exquisite & Expensive Teas in the World »
Leave a Comment
Close