Will Snapchat Discover Change The Art of Storytelling?

Snapchat is not only changing the way publishers push their content to better connect with Millennials, but also the visual way in which they present journalism. Two years ago, when Evan Spiegel introduced “Snapchat Discover,” a collection of photos and videos that disappear within 24 hours, little did he know that the feature will extend beyond a guaranteed payday on the quarterly earning calls. When the feature was first introduced, traditional media companies floundered to fit into a medium known for kaleidoscopic filters and silly selfies. Over the course of last two years, these media companies have become successful at creating a more inclusive and intellectually profound experience on the platform.

Snapchat Discover – Chosen for its Popularity?

Publishers also put a lot of time, effort and money into making their content compelling on Snapchat Discover. Some of the most illustrious additions on Snapchat Discover are The New York Times, Harper’s Bazaar, MTV, ESPN, Entertainment Weekly, National Geographic, iHeartRadio, Cosmopolitan and dozens more. The content spans from listicles to How-Tos and news articles formatted to appeal to the hard-to-reach demographic of 18 to 34-year-olds in a new way. A lot of publishers push entire teams dedicated to maintaining their foothold on the millennial app. All this for a good reason – of course – as Snapchat rakes a fifth of publication’s total traffic. You see, access to Millennials doesn’t come cheap. Some media companies are required to pay Snapchat a guaranteed minimum amount of fee over a specific time period. In addition, all media companies have to give Snapchat roughly 30% of the ad revenue they generate on Discover. 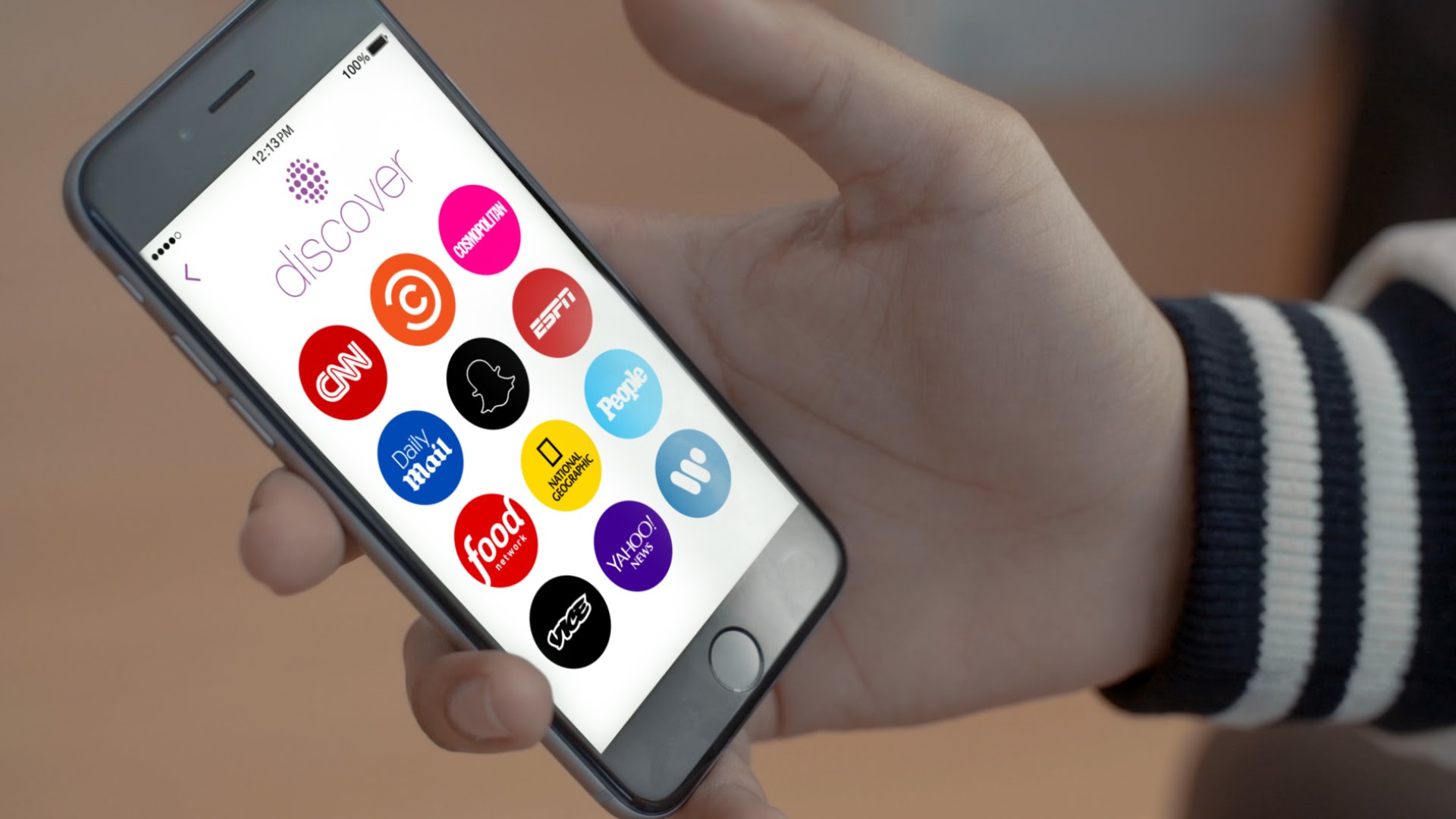 According to ReCode, Snap Inc. is no longer interested in sharing the cake with its Discover partners. Instead, the company wants to pay a flat licensing fee up front and retain all of the ad revenue generated from the content. In 2016, Snap Inc. paid out $58 million in revenue-sharing payments to Discover publishers. That’s big money, and not all of its partners are happy with the new terms. In the crowded landscape of over 40 publishers on Discover, firms need to wait for at least three to six months to see at least a 25 percent increase in daily viewership. You’re going to struggles unless you’re a media company with loyal followers, or you’re in a class by yourself.

Snap Inc.’s latest obsession is TV and the entertainment business. The company wants Snapchat Discover to be more like TV – as it pushes some of its long-time partners to create individual shows made for the platform so they can place ads within the section.

Since last summer, the company has been chasing Hollywood studios, TV networks and big producers to create short-form shows for Snapchat Discover. So far, the effort has resulted in video series like E! New’s “The Rundown” and BBC’s “Planet Earth II” documentary TV series. Snap Inc. has inked deals with NBC, ABC, Turner and A+E Networks to create compelling shows for Discover.

In the rapidly expanding landscape, Snap Inc. is striving to make itself a most-preferred destination amongst Millennials for a singular type of content. As it continues to fight for users and revenues, it’s going to have to progress. There’s enough evidence that much of the progress is going in the right direction, be it hardware, or in the app itself. Snap Inc. may become one major source of change.

Anna Domanska
Anna Domanska is an Industry Leaders Magazine author possessing wide-range of knowledge for Business News. She is an avid reader and writer of Business and CEO Magazines and a rigorous follower of Business Leaders.
« Don’t get in the way of Autonomous Indoor Robots
Iconic Ford Mustang Becomes the Global Best Selling Sports Car »
Leave a Comment
Close