China’s voracious energy appetite has the country pursuing an alternative energy source, located within the deep sea and in Polar Regions, for more than two decades. The fuel-hungry country’s Minister of Land and Resources, Jiang Daming announced on Thursday that Chinese miners have successfully extracted gas from an ice-like substance mined from the South China Sea. The successful collection of the frozen fuel from ‘flammable ice’ was “a major breakthrough that may lead to a global energy revolution,” according to state media.

Back in 2015, the Japan Oil, Gas and Metals National Corporation carried out the first methane hydrate offshore production test in the Nankai Through, far off the coast of Mie prefecture in central Japan. Japan’s trade ministry said it was successfully able to extract 20,000 cubic meters per day on an average for six days. 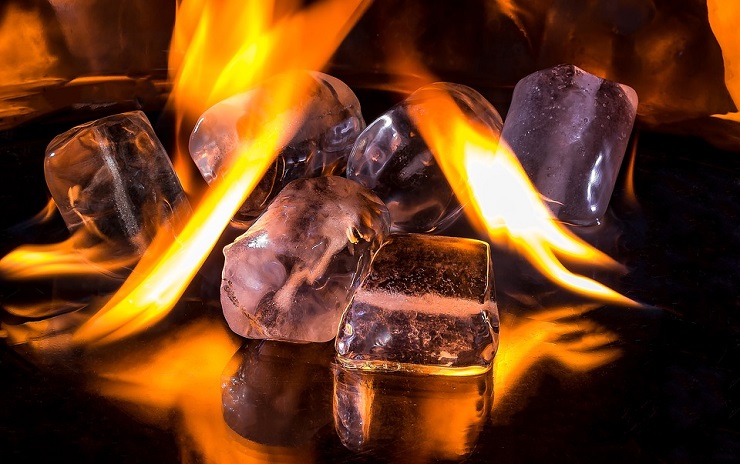 In addition to China and Japan, the U.S. and Canada are also studying flammable ice.

Japan is now preparing to perform a second production test to extract natural gas from two wells. The text will be carried out for about five weeks. The ultimate goal of the production test is to determine whether the output could go commercial-scale in the future.

According to the Japanese Ministry of Economy, Trade and Industry (METI), the resource-poor nation is funding $180 million to fund the methane hydrate test. It is estimated that the Japan Eastern Nankai through holds more than 1 trillion cubic meters of methane hydrates, which is equal to 11 years of Japan’s gas consumption.

Experts agree that flammable ice could be a potent energy source. While it could be a game changer for the energy industry, it carries irreversible environmental hazards. The release of methane to the atmosphere in permafrost regions is considered to be one of the worst accelerator mechanisms of climate change.

In the preindustrial era, the overall atmospheric concentrations of methane have grown from about 700 parts per billion to over 1,840 parts per billion today. Methane does not just leak from drilling operates, but it also emerges from biological processes such as the flooding of rice paddies and enteric fermentation in the stomachs of cattle.

In addition to China and Japan, the U.S. and Canada are also studying flammable ice.

Anna Domanska
Anna Domanska is an Industry Leaders Magazine author possessing wide-range of knowledge for Business News. She is an avid reader and writer of Business and CEO Magazines and a rigorous follower of Business Leaders.
« Zomato Hack Resulted in Security Breach of 17 Million Users
Tesla Free Charging Extension is as simple as a Referral Code »
Leave a Comment
Close