Will ESPN accelerate the demise of Cable TV?

ESPN President Jimmy Pitaro says the company has reached an inflection point of changes within the world of cable TV.

Walt Disney’s ESPN will shrink its current headcount by 300 employees, as it copes with the impending demise of cable TV. The self-proclaimed industry leader in sports announced it is also leaving 200 positions unfulfilled within its workforce of 5,000 employees.

In a company memo obtained by the New York Post, Jimmy Pitaro, chairman and president of ESPN, explains the company has “reached an inflection point of changes” within the world of television media accelerated by the COVID-19 outbreak. The latest round of layoffs was made after significant cost-saving moves such as furloughs and pay cuts fell short.

ESPN, along with its parent company Walt Disney, has been hit hard with unprecedented disruption by the pandemic. With sports at a complete standstill for more than three months the sports monolith scrambled to keep fan happy with little to no results in viewership. Programming gaps filled by ESPN’s Sportscenter and “30 for 30” documentaries failed to pick up streaming subscribers who have turned to on-demand services such as Netflix, Hulu and Amazon PrimeVideo.

“Prior to the pandemic, we had been deeply engaged in strategizing how best to position ESPN for future success amidst tremendous disruption in how fans consume sports,” Pitaro said in the memo to employees. “The pandemic’s significant impact on our business clearly accelerated those forward-looking discussions.” 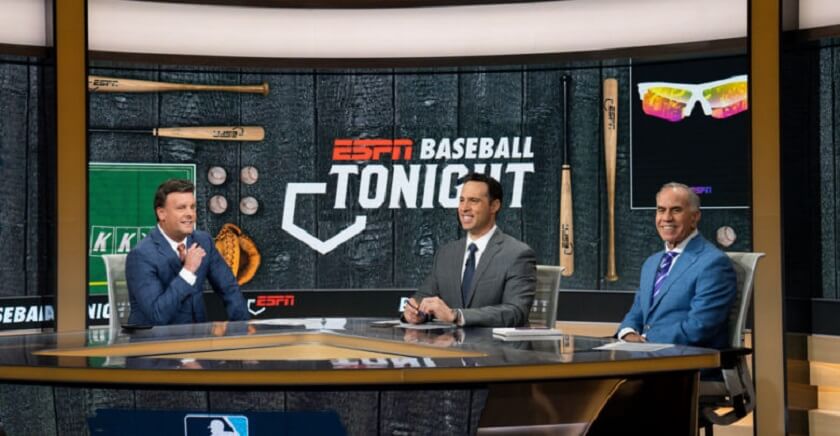 ESPN is facing the brunt of the global cord-cutting movement which has seen an upward trajectory in recent quarters. According to new data from the nation’s major cable and satellite TV providers, the pandemic-led loneliness and social isolation hasn’t stopped consumers from canceling cable. Over the first six months of 2020, AT&T, Charter, Comcast, Dish and Verizon lost a collective 3.45 million subscribers (Source: Protocol). These losses coincide with the rise of online subscription services. In its most recent quarter, Netflix alone gained 10 million new subscribers, including 3 million in North America.

The massive shift has taken a toll on ESPN’s bottom line. It is now challenged with a balancing act between the traditional pay-TV carriage and its nascent streaming service. ESPN+, which launched in April 2018, has around 8.5 million subscribers and provides sports content that is not available on cable. However, ESPN’s Trojan Horse doesn’t have the rights to stream many live games as the sports network continues to negotiate for a heavier intellectual property.

ESPN’s layoffs are a result of sweeping reorganization efforts announced by Walt Disney last month. In September, Walt Disney announced 28,000 pandemic-led layoffs on travel, theme parks and its other operations.

Will ESPN survive as a worldwide sports leader?

The decline of cable TV is an old story. What remains to be seen is if ESPN+ is able to carve out a space in the streaming world of established industry leaders Hulu, Netflix, Amazon and Apple. Will live sports remain the single biggest reason why consumers keep paying for expensive cable-TV packages? According to Kagan, a media-research group within S&P Global Market Intelligence, sports is why cable packages cost a fortune. ESPN is priced at $8 a month per subscriber while Discovery Channel costs less than a dollar.

But there’s still a sizable portion of audience keeping one foot in the old media while placing more bucks in the new. Eventually, it’s the streaming behemoths that will either have to buy streaming rights to sports or risk losing to the likes of Google’s YouTube Live and Facebook Live. Now is the time for ESPN+ to captivate streaming subscribers by placing all bets on unique sports programming. If it succeeds in doing so, it may even accelerate the demise of cable TV.