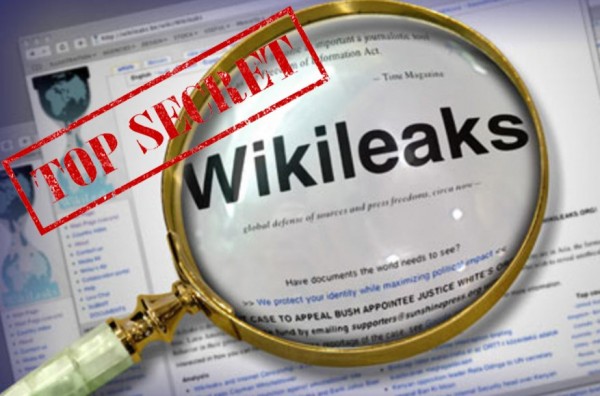 In an exceptional alliance between Anonymous and the secret spilling site, WikiLeaks began leaking portions of a massive lot of e-mails Sunday night from the private intelligence firm Strategic Forecasting Inc (Stratfor), based in Austin Texas, which the Anonymous had obtained by hacking the company.

Disclosure of Stratfor e-mails by Wikileaks

WikiLeaks is a website that aids the leaking of confidential information. Wikileaks says the documents would be released through a network of over 25 news outlets and activist groups in the coming weeks. The title of the first document featured in most of the business news was “The Stratfor Glossary of Useful, Baffling and Strange Intelligence Terms,” featuring brief as well as humorous definitions and frank evaluations of U.S. intelligence and law enforcement.

WikiLeaks, the secret spilling site, said in a statement that it had acquired access to a vast haul of internal and external correspondence of Stratfor.

Wikileaks, in its most recent high-profile data deposition, would reveal 5 million emails from Stratfor.  Anonymous is already claiming involvement even when Wikileaks has yet to confirm. It was stated in a business magazine that Anonymous gave all 5 Million Stratfor emails to Wikileaks.

Wikileaks, the online organization, states of having evidence of the Startfor’s confidential links to large corporations, such as Lockheed Martin and Bhopal’s Dow Chemical Co. and the government agencies, which include the US Department of Homeland Security, the US Defense Intelligence Agency, and the US Marines.

Stratfor was founded by George Friedman in 1996 and portrays itself as a subscription-based provider of ‘strategic intelligence on global business, economic, security and geopolitical affairs’.

In a statement released in an industrial magazine Monday, Wikileaks promised a boost of juicy disclosures about Stratfor. The company has been targeted by hackers who have released private data about subscribers in recent months, prompting the company to offer its clients a year of paid identity-protection coverage.

According to the Texas-based secret spilling site, “Stratfor uses a unique, intelligence-based approach, unlike traditional news outlets, to gather information via rigorous open-source monitoring and a global network of human sources”.

The company promises subscribers will gain a thorough understanding of international affairs, including what’s happening, why it’s happening, and what will happen next.

In the meantime, WikiLeaks founder Julian Assange is currently in Britain fighting exile to Sweden where he is wanted for questioning on accusations of sexual assault and rape, and WikiLeaks has since then expressed concern that if he is sent to Sweden, Stockholm would quickly send him on to the United States.

Bradley Manning, a 24-year-old US Army private, has been suspected of turning over a gigantic collection of secret and confidential US documents to Wikileaks, the secret-spilling site, Thursday. Manning has been charged with 22 counts in connection with one of the biggest intelligence breaches in US history.