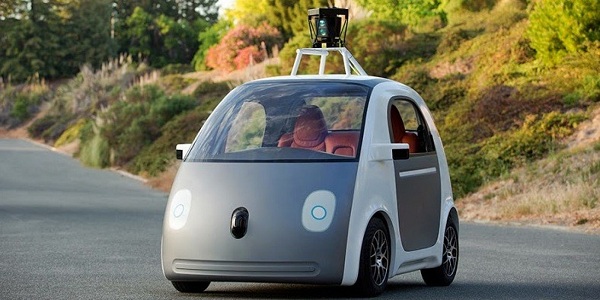 Google Inc., recently announced auto industry trailblazer John Krafcik as chief executive of its self-driving car project from late September. By hiring Krafcik, Google is prepping to turn its pet project into a serious business in the near future. Chris Urmson, the former head of the self-driving car project, will continue with the technical director position with Krafcik stepping into a new CEO role. Krafcik is currently the president of TrueCar, an online auto pricing service. He was the CEO for Hyundai Motor America for five years, and before that he spent 14 years in product development and strategic planning at Ford. Google at the forefront of driverless car push, will find Krafcik’s appointment to be highly propitious.

John Krafcik said in an emailed statement from Google,

“This is a great opportunity to help Google develop the enormous potential of self-driving cars. This technology can save thousands of lives, give millions of people greater mobility and free us from a lot of the things we find frustrating about driving today. I can’t wait to get started.”

How did Krafcik win the confidence of Google’s Top Brass? 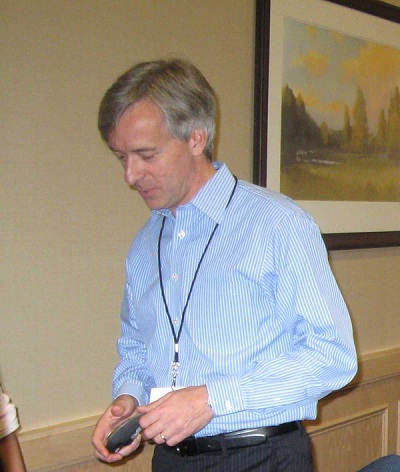 Krafcik (pronounced Kraf-CHICK), 50, is a Stanford-trained engineer and manufacturing expert, and is often characterized by his iconoclastic swagger. He began his career as a quality engineer at a GM-Toyota NUMMI joint venture in California in the early 80s. While working for the venture, he saw a sizeable gap of 37% in quality standards between Japanese and American plants. In 1998, Americans were producing .329 automotive component defects per car compared to .24 for the Japanese. Toyota has come a long way, from a small Korean company to world’s largest automaker. Its success pivots on Lean principles from the Japanese manufacturing industry, a term first coined by John Krafcik in a 1988 article, “Triumph of the Lean Production System.” His research was continued by the International Motor Vehicle Program at MIT, which later produced the international best-seller book called “The Machine That Changed the World” in 1990. Americans were laughing at Hyundai cars when Krafcik joined the company in 2004. Jay Leno once joked that one could double a Hyundai value by filling it up with gas. It was regarded as a purveyor of ugly, cheap, low-quality cars that often broke down. As a part of Hyundai’s quality efforts for both, it’s Korean and U.S. operations, Krafcik studied competitors and adopted their best practices. He successfully bridged the cultural gap with his Korean superiors and coordinators the company assigned to U.S. executives. Moreover, he personally created a corporate culture that insists on innovative ideas.

In 2008, when Krafcik became CEO of American operations, he transformed the company from a joke to a juggernaut that is today feared by rival automakers.

The industry iconoclast led Hyundai to a huge boost in sales volume (up by 60 percent) and market share (more than 50%) during his tenure as a chief executive. It was during this time, that Hyundai started offering a 10-year 100,000-mile warranty to its care. He spearheaded Hyundai’s elevation from a Korean automaker to a major brand in the U.S., garnering top industry awards for idiosyncratic Hyundai vehicles including the 2009 Genesis and 2012 Elantra. During these years, Hyundai experienced a dramatic lurch forward in American advertising including the Super Bowl, the Oscars and other effective platforms. Hyundai’s expertise in design, consumer awareness, and product launch is the result of lean product management principles that Krafcik brought to the family-owned Korean company. According to Interbrand, Hyundai was amongst the top few companies that improved their brand recognition. The list included Google, Apple, Samsung, and Amazon. His stint as TrueCar, an online auto pricing service, is no less adventurous. During his tenure as the CEO of TrueCar, he overhauled the business, helped it make a recovery from troubled times, a groundswell of opposition from critics and dealers. TrueCar was accused of taking pricing transparency to an extreme, directly affecting dealer margins. During his tenure, TrueCar reached a milestone by selling 1 million vehicles and accounted for 2% of U.S. auto sales. Krafcik is one of those remarkable industry leaders who has elevated an emerging brand to its top-tier status and built a trusted relationship with its customers and dealers. Krafcik, in spite of boasting an impressive list of accomplishments, faces plenty of challenges. In the coming months, we’ll get to see if he succeeds at Google at a greater degree. Google started the driverless car project in 2009 with an intention to revolutionize the auto industry. The self-driving car program will remain within the Google X Lab, and is far away from becoming an Alphabet company, the new corporate umbrella. Although, it is a likely candidate to become one at some point in the future.

Anna Domanska
Anna Domanska is an Industry Leaders Magazine author possessing wide-range of knowledge for Business News. She is an avid reader and writer of Business and CEO Magazines and a rigorous follower of Business Leaders.
« 9 Most Powerful & Iconic Female Entrepreneurs Who have Changed the World
Five Most Young, Influential, and Powerful CEO in the Business Niche »
Leave a Comment
Close