Why Budweiser’s Asia could clinch the largest IPO of 2019

Budweiser’s Asia is preparing for the largest IPO of 2019, thanks to the increasing beer demand from Chinese drinkers. The Belgian brewer could raise as much as $9.8 billion from share sales, surpassing funds raised by the current biggest IPO of 2019 holder, Uber Technologies, by over a billion dollar.

The global beer market size has gone flat in the past few years, but not in parts of Asia. Demand from Chinese drinkers is chiefly endorsing Anheuser-Busch InBev NV’s preparation for the largest IPO of 2019. The world’s largest brewing company could raise as much as $9.8 billion from share sales in its regional unit.

Budweiser Brewing Co. APAC is expected to set the initial public offering price (IPO) on Thursday, after declaring a valuation of as much as $64 billion. The current largest IPO of 2019 Uber Technologies Inc. in May raised $8.1 billion, an amount Budweiser IPO could surpass. 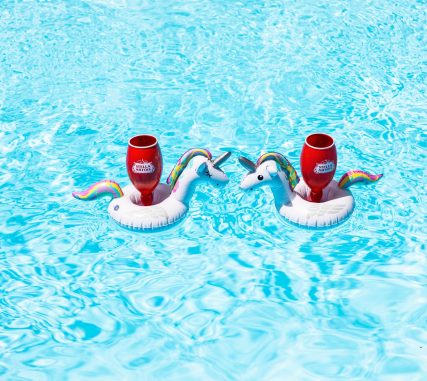 Anheuser-Busch InBev cemented its global dominance in the beer market after buying SABMiller for $106 billion in 2016, with one-third of the world’s beer coming from its plants. However, that doubled the company’s pile of debt to over 100 billion euros ($112 billion).

In a move to reduce debt, AB InBev in last October cut its dividend in half to save $4 billion. According to S&P Global Ratings in March, the Belgian brewer may cut its credit rating after being downgraded by one level last year by Moody’s Investors Service. AB InBev has saved proceeds of the IPO to even reduce leverage further.

Asians thirst for beer has over the past decade boosted AB InBev’s sales. The growth of brewers in China is in sharp contrast to their struggle elsewhere. Mainstream beer brands like Budweiser struggle to make sales in the US and Europe where craft beer and cocktails have stolen drinkers thirst.

AB InBev is planning to woo local partners by splitting one of its growth motors off. With a separate Asia unit, the foreign brewer could find it easier to form partnerships involving stake swaps and shareholdings in the region where its revenue grew by fivefold this decade.

Budweiser, which trails only Snow brand maker China Resources Beer (Holdings) Co, is the biggest foreign brewer in China with the potential of reaching a market value to rival Heineken NV. However, the Dutch brewer last year acquired a 40-percent stake in China Resources Beer Holdings parent company as a move to challenge its larger Belgian rival in China. The partnership will boost Heineken’s presence in Chinese supermarkets, restaurants and most importantly bars.

AB InBev is heading for a strong valuation, according to some analysts. The company’s estimated 2020 earnings from price range values are above that of Heineken and Carlsberg A/S. Budweiser’s Asia unit is poised for rapid growth as beer consumers in Asian countries, especially China and Thailand trade up accordingly to pricier brews as their income rise. The retail price of Budweiser is over two and a half times the price of Snow beer in China.

An average Chinese beer consumer spends roughly $66.80 yearly on beer, whereas those in Americans and British consumers spend $315.60 and $441 respectively, according to Euromonitor International’s data. Aside from clinching the largest IPO of 2019, AB InBev is placing a bet on winning the largest beer market as Chinese beer consumers near their Western counterparts in beer spending.