Who are the industry leaders in animal health?

A list of top companies in animal health along with a short overview of each company.

Animal healthcare is in an economic boom

M&A in animal health industry is an indication that there’s no end in sight to the sector’s growth spurt. The global animal health market size is expected to reach USD 69.44 billion by 2026, according to a new report by Grand View Research. A trifecta of rapid technological advancement, increasing R&D activities in disease prevalence, and rising government initiatives to promote veterinary products is presumed to be responsible for the industry’s growth. 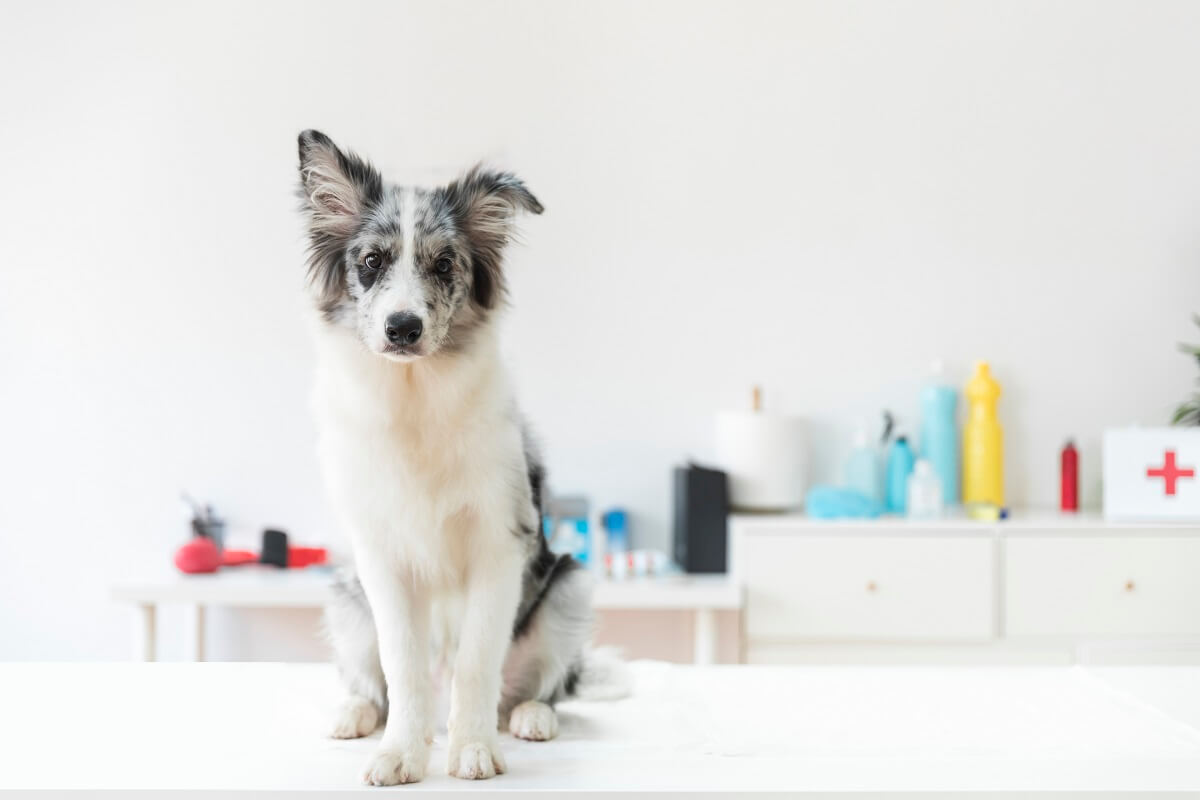 A surge in pet ownership – about 57% of U.S. households owned a pet in 2016, according to the American Veterinary Medical Association – has led to a steady increase in pet spending.

Macro trends such as pet ownership and global meat consumption have generated sales in billion for animal health companies.

A surge in pet ownership – about 57% of U.S. households owned a pet in 2016, according to the American Veterinary Medical Association – has led to a steady increase in pet spending. This growth isn’t exclusive to the United States where pet humanization has boosted the pet care market and veterinary healthcare market. For Zoetis, the world’s largest producer of medicine and vaccinations for pets and livestock, two of its fastest-growing markets are Brazil and China.

In China, the average spending on one pet is about 5,016 yuan, according to a 2018 white paper released by Chinese pets app and organizers of Pet Fair Asia, an international trade show for pets. 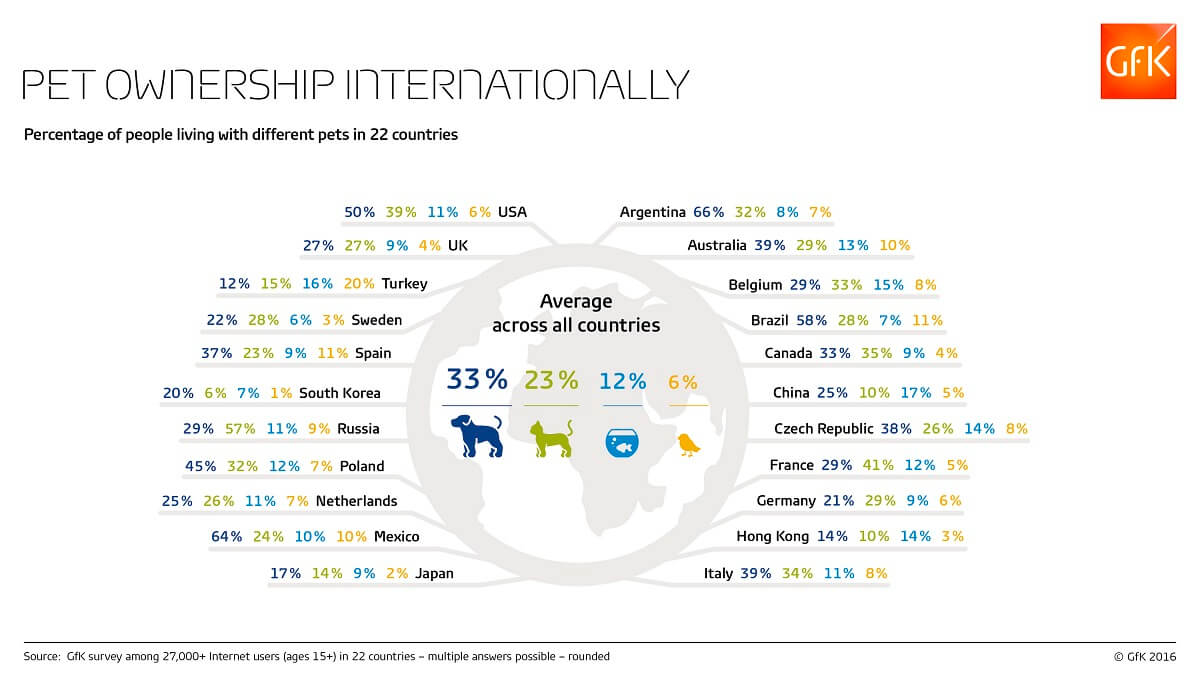 Last year, 37% of Zoetis’ sales generated from pet care. The rest came from livestock solutions. The animal health company has found a fairly stable business in treatments for cattle, poultry, swine, and fish. Zoetis’ livestock part of the business will continue to increase in global meat consumption. This trend towards meat consumption is mostly attributed to the rise of the advancing middle-class in India and China forgoing rice and grains in favor of higher-protein products like chicken and beef.

The animal health industry is flourishing as food companies invest heavily in medical treatment of livestock. These includes treatments for cattle with bovine respiratory disease, bacterial diseases among broiler chickens, and vaccines against avian flu.

Here’s a peek at the top companies in animal health. These companies have come up with game-changing drugs for pets and livestock. Major industry leaders in animal health include Elanco, Zoetis, Merck, Bayer, Boehringer Ingelheim, Novartis, Ceva Sante Animale, Heska, Virbac, and Neogen among others. 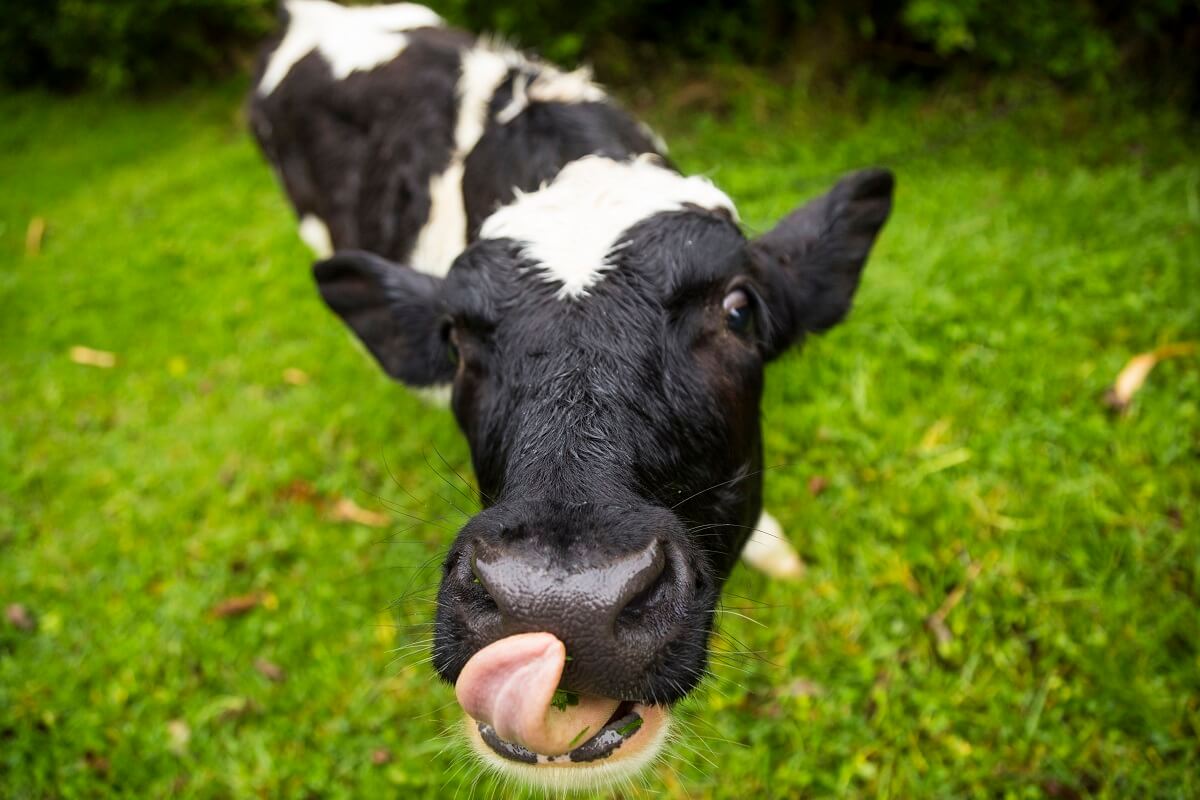 The animal health industry is flourishing as food companies invest heavily in the medical treatment of livestock.

In 2012, Pfizer announced it was spinning off its $4 billion animal health business, Zoetis. The decision paid off – in early next year, Zoetis had an annual return of 25%, compared with relatively paltry 11% for its former parent.

Today, Zoetis’ growth prospects are better than ever before. The company profits from a portfolio of pet and farm animal vaccines, parasiticides, anti-infectives, medicinal feed additives, and drugs for pain, cancer, and sedation.

In 2016, Simparica and Cytopoint, two of Zoetis’ most innovative animal health products, exceeded $100 million in sales for the first time, with $158 million and $129 million in annual sales, respectively.

Zoetis is keen to make hotly demanded animal health products and supplies more innovative and simpler. It will soon launch a chewable tablet administered monthly that includes treatments for flea, tick, and heartworm in dogs. As pet owners would know, it can be hard to keep track of their dog’s monthly tick, flea, and heartworm disease regimen.

Keytruda, the largest immunotherapy drug in Merck’s portfolio, made $10 billion in global sales last year. The drug has been on the market for four years. Investors are now keen to see if Merck has blockbuster drugs in the pipe beyond Keytruda.

The pharmaceutical company has also been at war against avian flu. Harrisvaccines will now provide doses of vaccines to protect against a re-emergence of the disease the wiped out 48 million chickens and turkeys in 2015.

Eli Lilly owned Elanco is taking big strides to dismantle Zoetis’ position. The $5.4 billion acquisition of Novartis rocketed the company as one of the industry leaders in animal health.

Elanco Animal Health’s product in the chewables category, Interceptor Plus, which controls heartworm in dogs, raked $100 million in sales last year. It mainly develops and markets products to improve animal health and protein production. Some of its most successful products include flea, tick, and lice protection for pets, drugs to combat parasites in poultry, and feed additives and vaccines for livestock and poultry.

In August, it announced it would buy Bayer’s veterinary drugs unit in a deal worth $7.6 billion, creating the second-largest animal health business sector. We wouldn’t be surprised if it topples Zoetis as one of the biggest industry leaders in animal health.

A Germany-based private company, Boehringer Ingelheim has a strong foothold in livestock health. Lately, it has been looking to branch out into wider markets.

It develops and markets biologicals, vaccines, and pharmaceuticals and other care products for pets and livestock.

The veterinary medical diagnostics company is one of the largest players in the animal health market. Its solid growth and expansion are driven by the rapid increase in pet humanization as pet owners view their pets as an important part of their family. Idexx Laboratories’ market capitalization has rocketed from $1 billion in 2002 to roughly $18 billion today.

Anna Domanska
Anna Domanska is an Industry Leaders Magazine author possessing wide-range of knowledge for Business News. She is an avid reader and writer of Business and CEO Magazines and a rigorous follower of Business Leaders.
« E-cigarette giant Juul Labs accused of peddling death to teens
Vienna tops EIU’s ranking of Most Livable Cities in 2019 »
Leave a Comment
Close

Aon Plc and Willis Towers Watson have agreed to sell $3.6 billion worth of assets to rival Arthur J. Gallagher & Co. in a bid to appease European competition regulators over th
4 days ago