What will the looming U.S Government shut-down mean in real-terms? 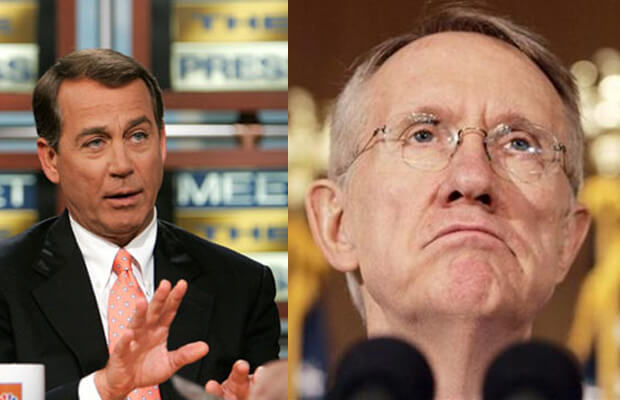 While President of the United States, Barack Obama, continues to be hopeful about avoiding a government shut-down by lawmakers arriving at a last-minute deal today, he announced after meeting with John Boehner, the House Speaker, and Harry Reid, the Senate Majority Leader that there were still some unresolved differences between the Democrats and the Republicans.

However, the two parties have reportedly narrowed their differences and given Obama reason to be hopeful about averting a possible shutdown by reaching an agreement by midnight Friday.

“I’m not yet prepared to express wild optimism but I think we are further along,” Obama said in a public statement. “My hope is, is that I’ll be able to announce to the American people sometime relatively early in the day that a shutdown has been averted.”

If no agreement is reached by this deadline, the U.S Government would begin shutting down post-midnight on Friday for the first time in 15 years.

Saying that if unresolved, this deadlock “could severely hamper the recovery and job growth.”, President Obama added that “ We’ve been working very hard over the last two years to get this economy back on its feet… For us to go backwards because Washington couldn’t get its act together is unacceptable.”

Effects of the Shutdown

What would this mean in real terms to American citizens?

To start with, about 800,000 federal employees could be made redundant without pay. Additionally, the shutdown could see hundreds of other agencies downsizing operations or closing down altogether resulting in a host of government services getting withdrawn.

At a public amenities level, Washington libraries and National parks would close, rubbish collection would stop for a week, refunds for people filing paper tax returns would not be processed, neither would most passport applications, and government permits would be unavailable.

In terms of how the shutdown would affect salary processing for “essential” government employees, unless Congress changes the law elected officials like Obama, Boehner and Reid, would be paid as usual, while soldiers, officials with the police force and others whose jobs are considered “essential” would continue to earn through the shutdown, but their paychecks would not be processed until the deadlock between the lawmakers is resolved.

What brought on the shutdown?

Differences between the two sides started with disagreement over deficit reduction, and now seem to have turned into an impasse over policy regulations that might not even be indirectly related to the budget deficit.

The disagreement between the two lawmakers started with the Republicans demanding a $40bn (£24bn) cut in the federal budget to which the Democrats responded by making a compromised offer of $34.5bn on Wednesday.

The Democrats have until now refused to give way over the areas of differences i.e., abortion programmes and environmental protection, where the Republicans want cuts.

Expressing skepticism on the manner in which the differences have evolved, Reid, from the Democratic front, said on Thursday: “The numbers are basically there. But I’m not nearly as optimistic – and that’s an understatement – as I was 11 hours ago. The numbers are extremely close. Our differences are no longer over how much savings we get on government spending.”

This however was contradicted by the Republican front, with an even grimmer picture presented, when representatives from Boehner’s office stated that there wasn’t even agreement on the numbers.